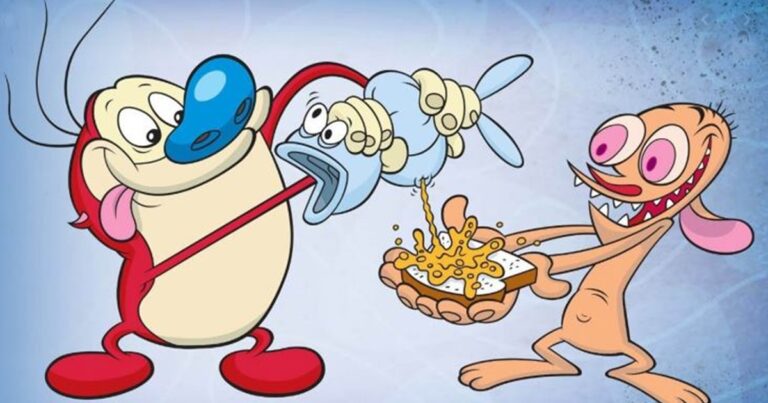 Ren & Stimpy is one of the most memorable children’s shows from the late 1990s and early 2000s. However, a lot of this has to do with how controversial the cartoon was. For every child that like the show, there was at least one parent who was horrified. Now, the show is getting its own documentary.

Announced for later this year, the film was made possible thanks to an Indigogo campaign that proved hugely successful. Titled Happy Happy, Joy Joy – The Ren & Stimpy Story, the documentary will be released on August 14. With the history of the television show, the movie will have a lot of material to go through.

John Kricfalus, who created the show, reportedly clashed with executives at Nickelodeon, with these apparently centered around creative decisions. The network’s Standards and Practices also demanded quite a few significant changes, with this frequently being a bone of contention. This eventually led to Kricfalus leaving the show permanently.

However, fans of the show looking to hear from its creator will be disappointed with Happy Happy, Joy Joy – The Ren & Stimpy Story. According to the filmmakers, he has refused to participate in an on-camera interview. Despite this, he has allowed people close to him to take part in the documentary.

In addition, the filmmakers note that Nickelodeon is not taking part in the production or release. The documentary condenses over 70 hours of interviews with key personnel in the production of the television show while also celebrating its technical accomplishments.

Happy Happy, Joy Joy – The Ren & Stimpy Story will be released on VOD on August 14. While it’s also set for a theatrical release on the same date, it’s unclear if this would be possible. The ongoing pandemic may make this difficult and might have a large impact on how many theatres it will air in.