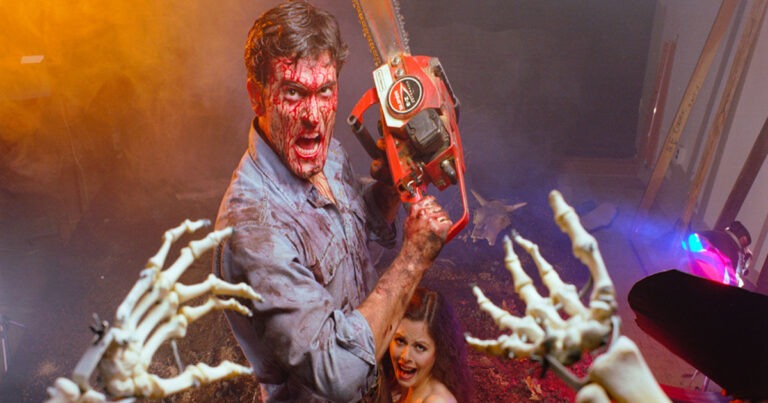 The Evil Dead franchise had quite a bumpy situation over the past few years. Ever since it was given a major rebirth with a reboot film by Fede Alvarez in 2013 (which was a big hit by the way), as well as the stellar Ash vs Evil Dead television series on Starz was cut painfully abrupt after Season 3, it is a mystery why a well-known property like Evil Dead was unfairly treated despite the large clamor of fans demanding more of it. It’s also still heartbreaking to think that the planned 2013 Evil Dead movie crossover with Bruce Campbell’s Ash might never receive the light of day.

And now, the Evil Dead gets another shot in Hollywood with a reboot. Alvarez mentioned before that he will not be involved in this one, so the franchise is poised to have another fresh start with a new director (unfortunately, not Sam Raimi).

According to Bruce Campbell, Sam Raimi has selected (“handpicked,” as he would like to call it) the director for the upcoming Evil Dead movie now entitled Evil Dead Now, and it is none other than Lee Cronin.

In case the name does not ring a bell, Cronin has directed The Hole in the Ground last 2019 with A24, which was met with critical acclaim. The film follows a mother who suspects his son may not be her son at all, fearing the increasingly disturbing behavior he has been acting.

About Evil Dead Now, Campbell discussed that they “kind of have to stand on their own from this point forward. We just want to keep the Evil Dead series current, so this one’s going to be a little more dynamic. That’s what we’re going to continue.”

A release date is yet to be announced for Evil Dead Now.

What are your thoughts on The Hole in the Ground’s Lee Cronin as the handpicked director for Evil Dead Now? Share your reactions in the comments section below.