Freaked DISCOVER THE ART OF PUBLISHING
Home Movies From ‘Ed Wood’ to ‘The Cell’: A list of Vincent D’Onofrio’s most underrated performances 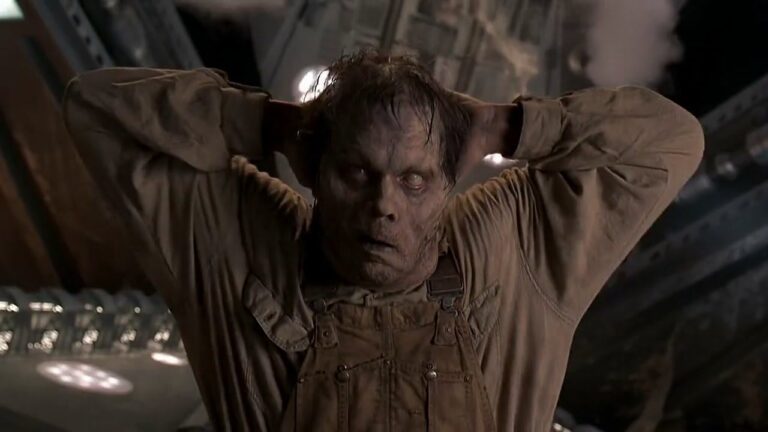 Vincent D’Onofrio, with the attention he is getting now, is embarrassingly too low up to what he should be getting. As an actor who has already proven his range since the late ‘80s as the tormented Private Leonard “Gomer Pyle” Lawrence in Stanley Kubrick’s Full Metal Jacket and recently, his memorable turn as the cunning Kingpin in Marvel-Netflix’s Daredevil series, there’s no denying that he is one of the most talented thespian working today.

In honor of his impressive works, here is a list and reminder of Vincent D’Onofrio’s lesser appreciated works that deserve bigger praises:

D’Onofrio had a stellar run as the brilliant Rober Goren in the long-running Law & Order series. Often eccentric and complex, his character was able to flesh out over the years and has instantly become a fan favorite.

As Edgar the Bug, the unrecognizable D’Onofrio completely embodied the physicality needed for an alien role. His comedic timing is perfect, further validating his talent in any material.

D’Onofrio is one of the most memorable bits in Tim Burton’s Ed Wood. He is only just playing the role of legendary film director Orson Welles. But what he gave us something that we wish there’s something more of. Now, who wants an Orson Welles movie starring Vincent D’Onofrio?

Carl Rudolph Stargher was one of the most underrated movie serial killers. While The Cell was mediocre at best, D’Onofrio was memorable and insanely scary.

The Magnificent Seven remake with Chris Pratt made many realized that Vincent D’Onofrio is a perfect match with the Western genre. And who would not forget the crazy voice he had in the movie?

Vic Hoskins was not the best-written character, but D’Donofrio made a surprisingly great turn as Jurassic World’s central villain. In a film populated with dinosaurs raging with chaos, D’Onofrio’s Hoskins was still a nice sight.

What are your thoughts on Vincent D’Onofrio? What are some of your favorite performances by him? Share your reactions in the comments section below.