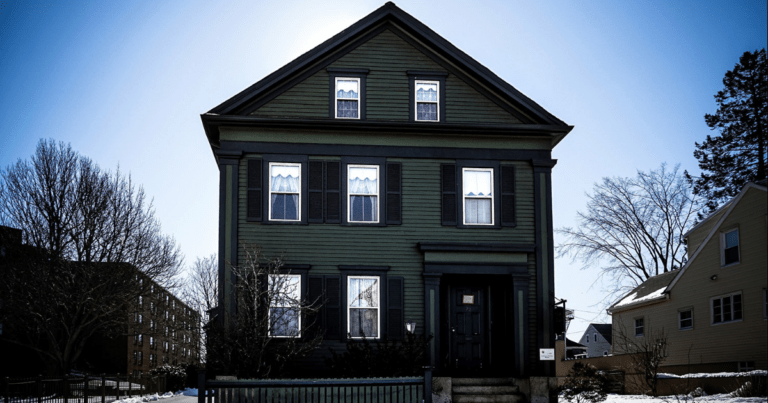 When self-isolation eventually comes to an end, there are countless places to visit and activities to enjoy for all of us and if you’re looking for a quite cheap but terrifying thrill, spending the night at the haunted Lizzie Borden house is the perfect place for you.

In Fall River, Massachusetts, a bed and breakfast museum is open for fans hoping to experience something completely different from anything else out there.

If staying over isn’t your plan, you can take a night tour through the house where you are told of creepy stories that some of the staff have battled through, complete with picture and video ‘proof’.

Staying at this beautiful home will cost you just $20 per person, while night tours usually last around 2-3 hours. Book your place on their official website HERE!

The infamous tale of Lizzie Borden is quite popular among the locals, but if you are in the dark about the crazed murder trial in the 1890s, we have you covered.

On August 4, 1892, Lizzie Borden was said to have discovered the dead body of her father (Andrew Borden) and claimed someone broke in their home and killed him. The body was hatched almost beyond recognition, and police were called to the scene.

A neighbor came to Lizzie’s aid in her time of need. But, sometime after, she found the remains of Abby Borden (Lizzie’s step-mother) on the second floor.

Abby’s body was found much colder than Andrew’s, prompting investigators to come to the conclusion that there were at least ninety minutes between the two murders.

Days after the killings, due to her actions leading up to the events, Lizzie Borden became a big suspect in the death of her parents. Despite the large amounts of police findings from the basement, including a hatchet-head with a broken handle, there was not enough clear evidence to find the thirty-three-year-old guilty.

If you are interested in the full story, you can visit HERE to see the chilling details of Lizzie Borden.