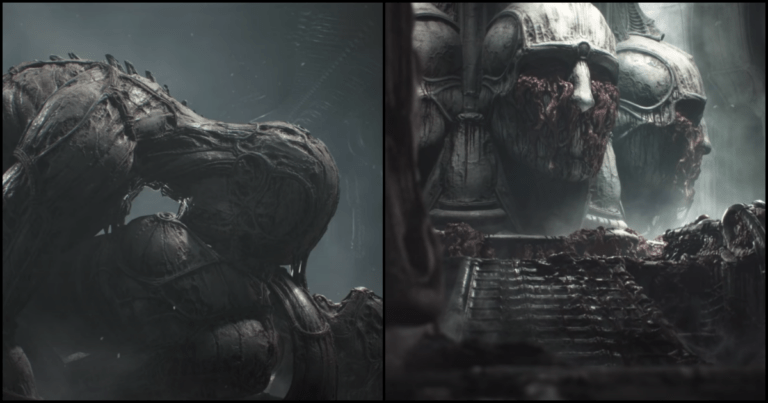 After campaigning a rather successful Kickstarter and releasing a first-look demo years ago, time went by where it looked as if the beautifully disturbing video game, Scorn, would never get its official release.

Now, a trailer has been shared showing us some of the wonderful artwork of this unsettling world we will eventually venture in to.

The video dropped on Xbox’s YouTube channel on May 7 and has already gained almost 300,000 views on the platform, as well as earning itself over 6,000 likes.

Below, you can see the trailer said to be making people feel quite uncomfortable.

The trailer has reignited people’s interest in the upcoming video game, and alongside all of the praise directed at Scorn, people are most impressed by its ability to capture H.R. Giger’s image.

Gorgeous but really messed up seems to be the constant reaction of fans, which is exactly what the horror title would have been hoping for.

It has been years since its original reveal, and if you’re yet to see what Scorn looked like all the way back in 2017, you can check out this video of the game below.

The first-person shooter follows an unusual skinless humanoid who finds himself lost in a world run by hellish creatures and incredibly strange weapons. The player must explore all the different regions of the game in hopes of finding answers that slowly explain to you where you are.

Guns that shoot teeth and nightmarish creatures that are ready to kill you at every turn are just some of the things you can expect to encounter during your time playing Scorn.

Are you eagerly anticipating the imminent release of Scorn? How did the trailer live up to your expectations? Make sure you share your opinions and let us know your thoughts in the comments.