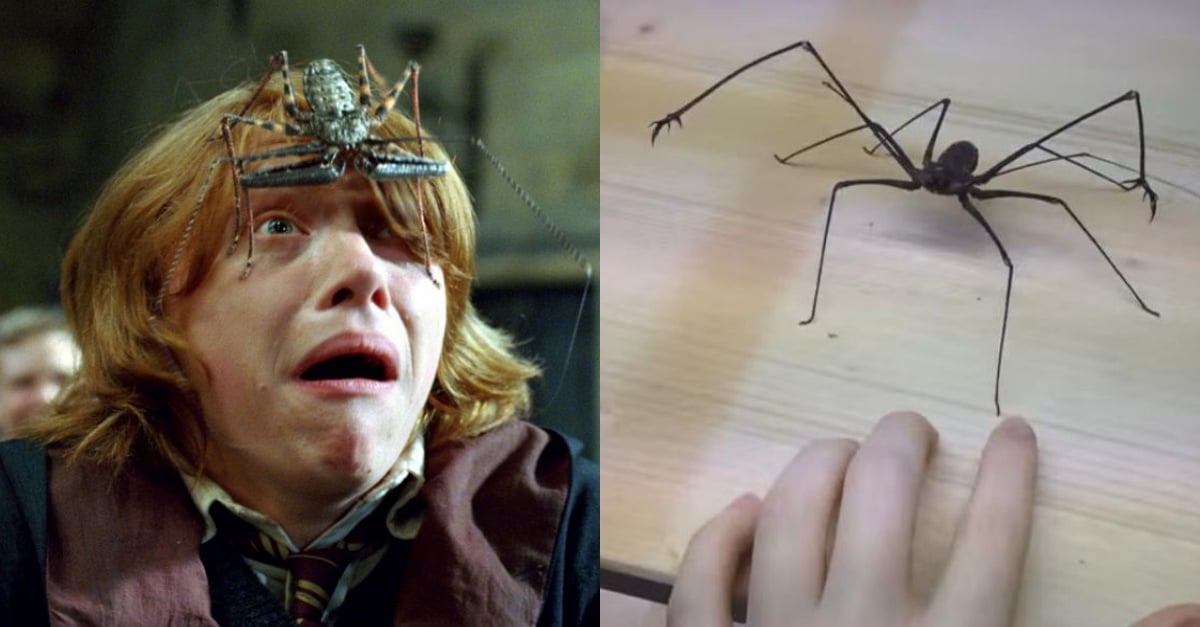 Some people just do not know how to tread the fine line between fearlessness and plain insanity. One such individual is Adrian Kozakiewicz.

A German insect enthusiast, he breeds a large variety of exotic arachnids and insects. (Does this remind anyone of Hagrid?) One of his recent addition happens to be an enormous spider called “Euphrynichus amanica,” otherwise known as the “whip spider” due to its whip-like front appendages. From the order Amblypygi, this tropical arachnid can grow to an enormous size covering leg spans of up to two feet.

Kozakiewicz runs a YouTube channel InsectHausTV where he uploads videos of his collections. He recently uploaded a horrifying video of the massive, leggy monster which quickly garnered worldwide attention. Not only is the particular creature so freaky, but Kozakiewicz also performs odd acts with it.

In the first few seconds, Kozakiewicz playfully pokes the spindly arachnid and it appears to be just a puppet or a digitally-animated creation (much like the CGI version in Harry Potter And The Goblet Of Fire which crawls on Ron Weasley’s face).

But then, Kozakiewicz scooped up the creature in his hands and… it bit him. Yup. Pretty real that one.

Watch the clip below (trigger warning for arachnophobes):

The Euphrynichus amanica possesses no venom and technically it does not even have fangs. But, Kozakiewicz is seriously a little off the sanity charts.

A Simple Flashlight Test Turns Into Terror In An Abandoned Mine