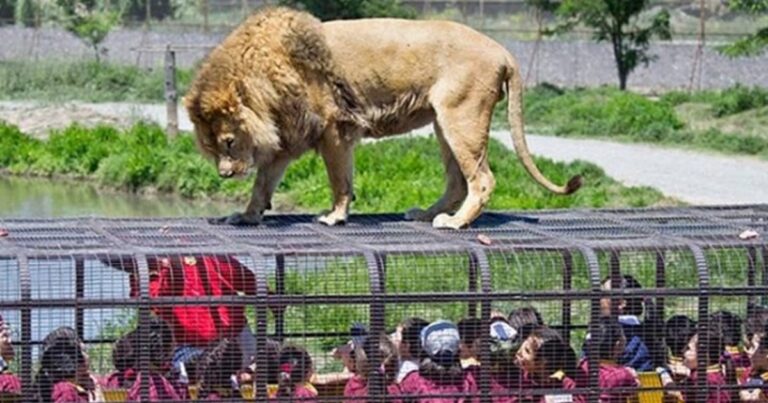 Zoos have been the centre of criticism for quite some time. The majority of this has focused on animals being kept in habitats much smaller than they would be in the wild. However, the Lehe Ledu Wildlife Zoo in China is looking to change that with the ‘reverse zoo’ concept. As a result, it’s the visitors of the zoo that are put in cages while the animals get to roam free.

The concept, which has proved popular among locals and other visitors, is a relatively recent change. Visitors are put into vehicles that have large cages in the back. They are then driven around the zoo while each of the animals enjoys their surroundings without any restrictions. While some people may believe that this would detract from the experience, it doesn’t seemed to be the case.

In contrast, visitors to Lehe Ledu Wildlife Zoo can still get quite close to many of the animals. This is especially true with tigers and other big cats, many of which come right up to the vehicles. However, each visitor is asked to keep their hands and fingers inside the vehicle at all times. This typically doesn’t need to be said, although the zoo would rather be on the safe side.

Despite this, the majority of visitors realize the danger associated with the practice and don’t seem to need a warning. Chan Llang, a spokesperson for the zoo, says that staying in the vehicle helps visitors feel the thrill of being chased by the animals, though without any of the major risks.

Based on videos that the zoo has shared online, both the visitors and the animals seem to be having an enjoyable time. It seems as though the Lehe Ledu Wildlife Zoo is a place that many people would want to add to their bucket lists.