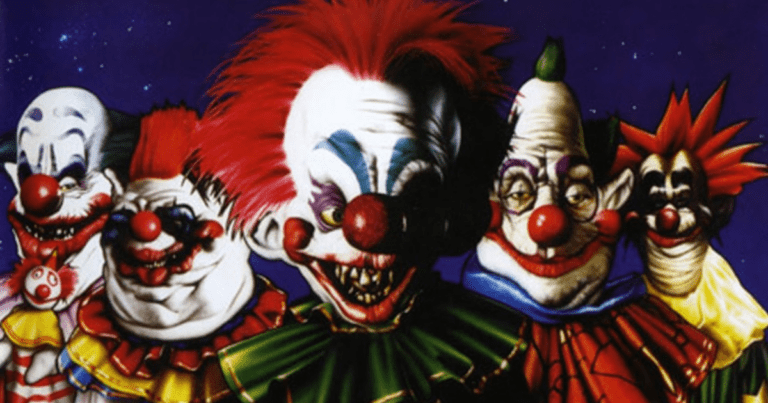 Nostaglic Nebula has been on a roll over the past few weeks with the YouTube channel’s series of watch parties. Following the success of the Hellbound: Hellraiser II and Thirteen Ghosts streams, the channel is delving deeper into the horror genre. Not only will they be streaming a Killer Klowns From Outer Space watch party, but they’ll be joined by the Chiodo Brothers.

The trio, who created the sci-fi horror, will also be joined by several other cast members from the 1988 film. This includes John Massari, who portrayed one of the central roles, and music composer Grant Cramer. However, these are still pending scheduling, so the lineup might change slightly between now and the livestream.

While the Killer Klowns From Outer Space watch party is free to join and watch, viewers are encouraged to donate to the Frida Cinema, a non-profit art house theater. During the livestream, viewers will be able to ask the cast and crew questions about the film while the filmmakers will also offer insights into its production.

While the movie wasn’t a massive success when it was first released, it has since become a cult classic. Much of this is focused on the hilarity of the film, though it still offers a range of jump scares and other horror elements. Over the three decades since, its popularity has continued to soar.

The Killer Klowns From Outer Space watch party with the Chiodo Brothers is set to air live at 4.00pm PST. The film is available to stream on Pluto, YouTube, and Netflix. Viewers will be able to watch along and ask questions on the Nostalgic Nebula YouTube channel. To participate, viewers must first subscribe to the channel and they’ll then be able to comment and ask questions during the livestream, as well as engage with other viewers.