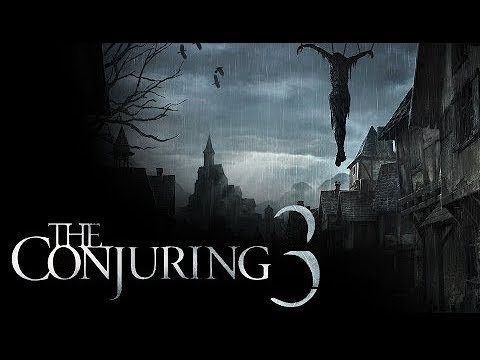 A hyper-literal title has been released for the upcoming Conjuring film which is set for release this September.

The Conjuring: The Devil Made Me Do It is the third installment in the Conjuring series, but the seventh feature film that is part of the interconnected ‘Conjuring Universe’ which also includes the Nun and Anabelle Series as well as standalone films such as The Curse Of La Llorona and upcoming The Crooked Man.

The Conjuring universe is in second place for highest grossing horror franchise behind ‘Godzilla’ and has earned over $1.8 billion at the worldwide box office with a spending of only $139.5 million.

The Conjuring: The Devil Made Me Do It focuses again on “a chilling story of terror, murder and unknown evil” and will again feature the true to life paranormal detectives Ed and Lorraine Warren.

In “One of the most sensational cases from their files, it starts with a fight for the soul of a young boy, then takes them beyond anything they’d ever seen before, to mark the first time in U.S. history that a murder suspect would claim demonic possession as a defense.”

Unlike both The Conjuring and The Conjuring 2 James Wan will only be taking up a producer role due to scheduling conflicts taking up too much of his time. In an interview Wan stated ” the idea of coming back to that family is not a bad thing. I wouldn’t turn anything down, I think, but… I am quite busy potentially for the next couple of years.”

The third installment is instead directed by The Curse Of La Llorona director Michael Chaves.

Patrick Wilson and Vera Farmiga will both be reprising their roles as the two investigators and Wilson says that The Devil Made Me Do It will push the series to new and unseen heights “The process [of making Conjuring 3] was fantastic, and it’s a much different feel” he told the Hollywood Reporter “we are pushing our characters to places they haven’t gone, but the film will be a really nice addition because it’s definitely a different beast”