Freaked DISCOVER THE ART OF PUBLISHING
Home Horror News The House From Wes Craven’s ‘The People Under the Stairs’ Is Up For Sale! 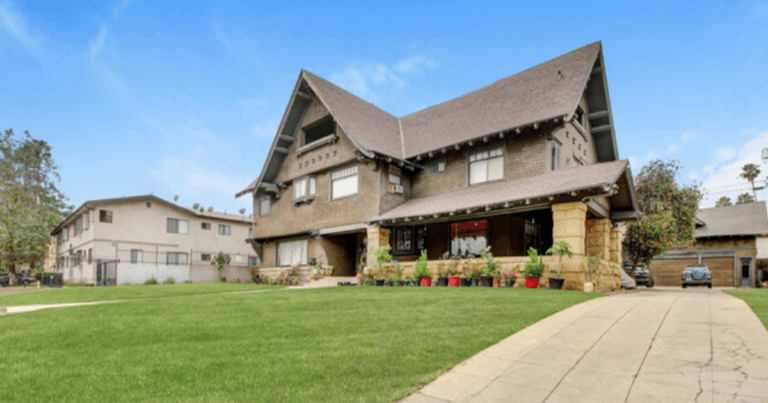 When it comes to classic horror there are very few names that come to mind before that of Wes Craven. He directed and wrote a veritable laundry list of megahits, including Nightmare On Elm Street, The Hills Have Eyes and Scream to name just a few.

Scattered in between these household titles are gems such as The People Under The Stairs, and Craven fans with slightly deeper pockets are in for an absolute treat, as the house in which the film was created has just hit the auction block.

It’s not just the film relevance that’s the selling power behind this one though as the property boasts over 7707 square feet of living space, eight bedrooms, four and a half bathrooms as well as a half-acre garden all located in Los Angeles, California!

The website also offers a virtual tour in the form as a video.

Unfortunately, this one may be just out of reach of the average Craven fanatic, as the listed price for the building is just under two and a half million dollars, which according to the listing website realtor.com would require payments of around $12,365 a month!

Realtor describes the house as “one of a kind” and they are most certainly right, just for the sentimental value alone. The building also has a rich history outside of the movie business as it is stated that “the home used to be the jook joint of choice in the 1930s and the attic level has a stage and coat check.”.

For the unaware, The People Under The Stairs was a horror-comedy that was both written and directed by Craven. It starred Mighty Ducks child sensation Brandon Quintin Adams alongside Twin Peaks’ Everett McGill and Wendy Robie. The three characters attempt to burgle an old suburban house belonging to their greedy landlord but soon discover when the owners return that they are trapped inside, and there are untold horrors lurking beneath the stairs.