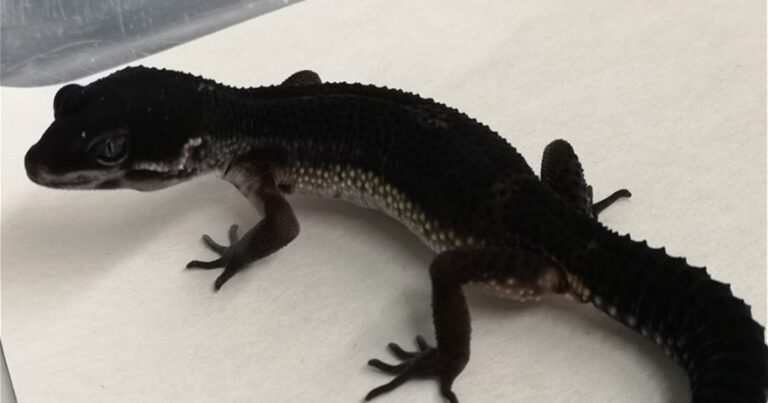 The selective breeding of animals has been a relatively common practice for decades, for good or ill. Throughout this time, it’s given us a range of different animals, many of which the average person wouldn’t know is a result of the practice. One of the cooler, although less well-known, of these are black night leopard geckos.

While there is a certain amount of the reptiles are natural-born this color, they’re relatively rare. A lot of this is because of the genetics that focuses on the leopard geckos’ color ranges, with black being one of the less common. However, there have been quite a significant number of attempts to increase the number of reptiles that are born this dark.

A lot of these efforts started in 1997 and have continued ever since. Regardless of whether people agree with the overall practice, the results of the effort are quite impressive. While most of the black night leopard geckos’ skin is black, there are a few highlights that add to its overall look.

For example, it’s stomach typically ranges from white to cream-colored, with this slowly turning to yellow the further back its body you go. While scientists have been researching the reptiles for quite some time, they still don’t know too much about how the color traits are passed on.

Most of what they do know centers on the parents, with their colors being passed on to the children. However, it’s unclear as to exactly how this is done. There are two prominent theories about the area, that it’s either codominant nor a recessive inheritance. Despite this, opinions have differed quite drastically about the matter.