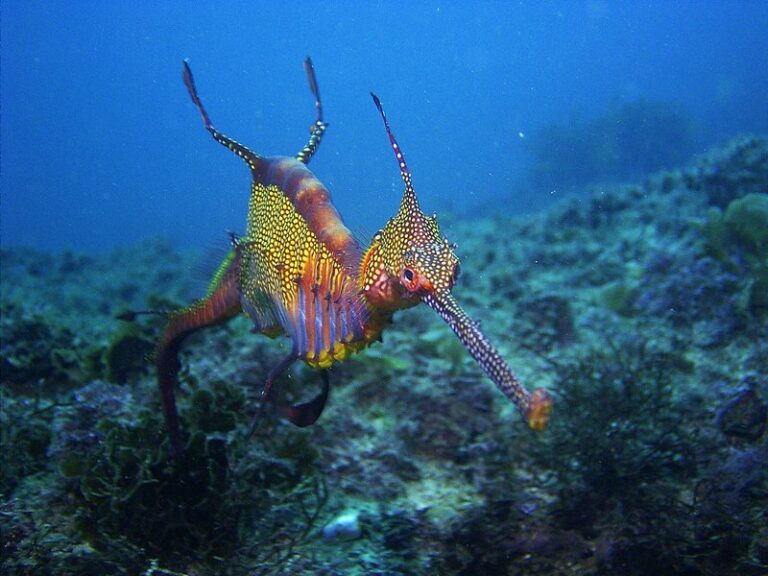 The Birch Aquarium at Scripps Institution of Oceanography based in San Diego has successfully hatched eggs of the weedy sea dragon in captivity, joining a select few who have been able to do it around the globe with The Aquarium of the Pacific being the first to do so in 2001.

The unusual sea creature which sits at the ‘near threatened’ level on the IUCN Red List of Threatened Species is a somewhat mysterious species due to the fact that they are elusive and their populations in the wild tend to stick to remote areas. They are expected to decrease in numbers due to the warming oceans, pollution and illegal pet and medicine trades.

Just like sea horses, the male of the species is responsible for childbearing. According to National Geographic “male sea dragons have a spongy brood patch on the underside of the tail where females deposit their bright-pink eggs during mating. The eggs are fertilized during the transfer from the female to the male. The males incubate the eggs and carry them to term, releasing miniature sea dragons into the water after about four to six weeks.”.

Last Thursday the Birch Aquarium announced that it had recorded two new weedy sea dragons hatching earlier in the week.

Whilst they are being kept away from the public eye as they grow, the Birch Aquarium does boast one of the world’s largest habitats for sea dragons measuring at 18 feet long and already hosting eleven weedy sea dragons as well as three of their cousins the leafy sea dragon, which has never been bred in captivity.

The Birch Aquarium at The Scripps Institution of Oceanography has an excellent reputation for the breeding of seahorses and sea dragons, with over 13 different seahorse species being bred and over 5000 seahorses sent to other responsible aquariums spanning the globe.