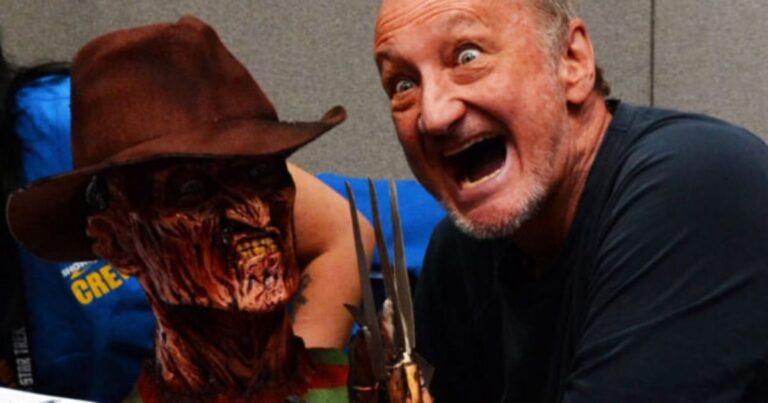 Revealing the sinister side of our history, I’m thrilled to bring nightmares to life on True Terror

Travel Channel has announced True Terror with Robert Englund – their breakout series which dares to take viewers on a coast-to-coast tour through America to visit places that even locals only speak of in hushed whispers. Who better for the task than the man who brought us countless nightmares throughout our youth. Hushed whispers were how we spoke his most famous role’s name, terrified that saying it too loud might somehow manifest our nightmares in the form of Freddy Krueger! Robert Englund won’t need a script or film set to keep you on edge this time – because as the title True Terror spells out, this isn’t a fiction.

A Nightmare on Elm Street was released in 1984. It was the brainchild of legendary writer and director Wes Craven who accredits the ideation for the film on real events and people. And the source material was adapted less than you may think.

It was a series of articles in the LA Times, three small articles about men from South East Asia, who were from immigrant families and had died in the middle of nightmares—and the paper never correlated them, never said, ‘Hey, we’ve had another story like this.

The infamous Freddy Krueger was based on an unsettling encounter with a stranger when Craven was a child. The director recounts that he was staring out of his window on a sleepless night. He spotted an elderly man slowly making his way along the sidewalk. When the stranger reached Craven’s house, he stopped and slowly locked eyed with the child. After the uncomfortable gaze concluded, Craven recalled the old man continued on his way, but the ominous sensations it invoked never departed.

Robert Englund’s isn’t returning to horror, because he never left. Englund’s Freddy Krueger became to horror movies what Hulk Hogan became to professional wrestling. You didn’t have to watch wrestling to know the Hulkster, and the same applied to Freddy when it came to films. My grandmother knew who Freddy was. (She once referred to him as “that ugly man” but she knew he wore a glove and sweater.) Freddy’s personality was too large for just Elm Street, and soon he began to appear everywhere. Here’s a clip from MTV’s Freddy Krueger Hour 1988.

He also had a television series. Freddy would introduce the shows with an intro and closing segment, not unlike the Crypt Keeper. Freddy wasn’t afraid to get his claws dirty either on cable television though, as he would occasionally appear in the story itself.

Did you actually think I forgot about the infamous Freddy Krueger Hotline? Not a chance. Sweet dreams!