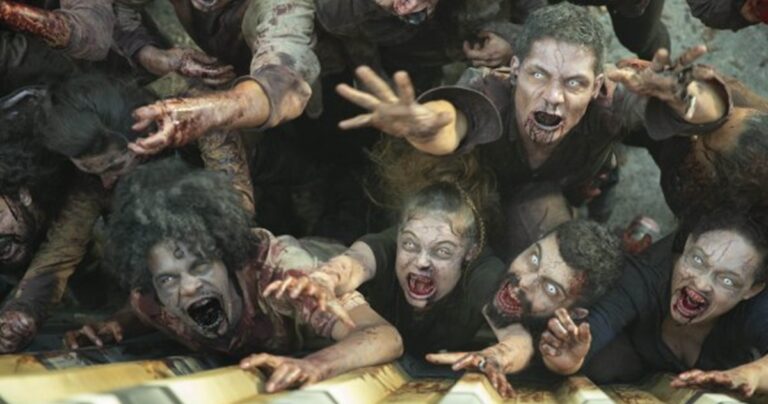 When British horror miniseries Dead Set was released, it was met with critical acclaim. Created and developed by Charlie Brooker, best known for his work on Black Mirror, the show became something of a cult classic. Though it didn’t receive widespread popularity, it has received attention in non-English-speaking countries. In Brazil, however, it’s being remade under the title Reality Z.

While production of the show flew under the radar for some time, the series has debuted on Netflix, with there having been a ramping up of production in recent weeks. To coincide with the show’s launch, the streaming service and production company Conspiração have released a new trailer, which you can see below.

The show, which is available in both English and Brazilian, was adapted by Cláudio Torres, who also serves as its principal screenwriter and director, alongside being its executive producer. Reality Z’s cast includes a who’s who of Brazilian stars, including Guilherme Weber, Jesus Luz, Ravel Andrade, and Sabrina Sato. Starring alongside them is Ana Hartmann and Luellem de Castro.

Set in Rio de Janeiro, the show follows the creators and participants of a reality show as the apocalypse occurs. As zombies overcome the city, the main characters are forced to live on the set of the show, which also happens to have enough food, water, and plant life to keep them alive for the time being.

One of the main changes in the show is the backdrop of a reality show. Brazil, in particular, has developed a fascination with the genre over the past few decades. For example, Big Brother Brazil recently set a Guinness World Record when 1.5 billion people voted in its finals. As such, the backdrop could serve as something of a commentary on this obsession.

Reality Z is currently available to stream worldwide on Netflix.