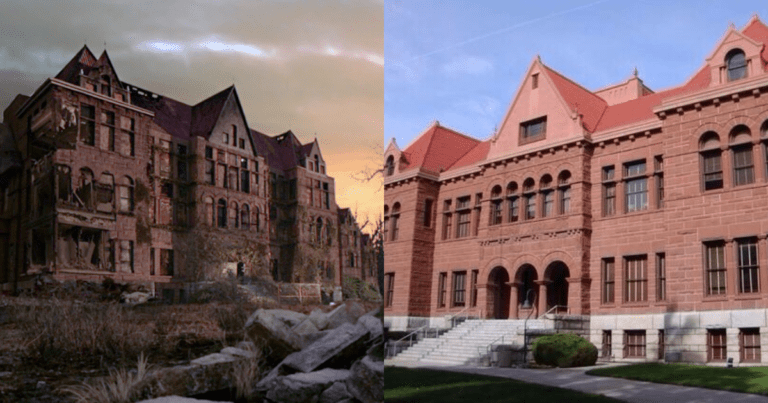 American Horror Story is one of the best and the most originally unique horror series ever, and since its 2011 release, the show has been going from strength to strength.

Because of this, the series has managed to gather a massive following and has consistently been one of the most popular shows of the last decade.

The unique aspect of the show is that each new season provides us with a completely new plot, cast, and twists, along with all-new locations.

Due to the constant change of setting, we will be sharing a list with you for curious fans who want to visit these famous horrific locations.

The iconic murder house from the first season of American Horror Story is an actual place you are able to visit. The house was built by an American-German architect back in 1902. The Rosenheim Mansion can be found in California.

The second season was based in and around this asylum that sits in California. Although this was a terrifying and disturbing season, the real-life location is a beautiful spot.

The outstanding white mansion behind AHS’s third season is located in New Orleans. It was built all the way back in 1856 and served as a prominent business school for some time. There are rumors that this mansion is haunted, but that’s for you guys who eventually visit the famous location to find out.

The Freak Show that weirded us all out during American Horror Story season four, is located in Florida. Despite the fact that new viewers may have been put off by this unusual series, it showed the show had incredible versatility.

Season 5 was potentially one of the scariest from the series so far and the hotel is based on the real-life Cecil Hotel, a place supposedly responsible for its quite disturbing past, which includes paranormal activity and inexplicable deaths. The hotel can be found in California.

If there are any more locations we missed or you are planning on visiting some of these places, make sure to let us know in the comments!