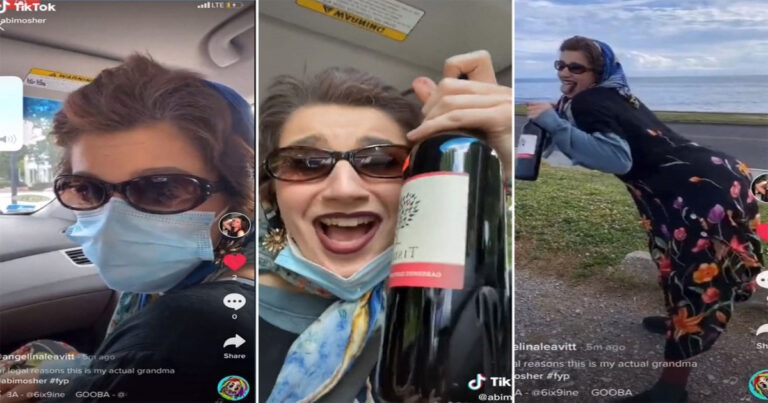 Quite a few countries are trying to return to a sense of normalcy after dealing with the pandemic for much of the year. One thing that was normal before the virus? Teens trying to engage in underage drinking. However, it looks as though they’re getting a little creative in trying to do so.

According to a report by the New York Post, teens are dressing up in grandma outfits to try and buy alcohol. While this would typically be easy to spot, the use of mandatory face masks makes it somewhat more difficult. Though much of this is teens looking to illegally buy alcohol, it appears as that some are doing so just to capitalize on a trend.

The apparent “prank” has picked up steam on TikTok, a social media platform where users created videos with the app playing music in the background. With the new trend, though, teens trying to engage in underage drinking are putting in quite a significant amount of effort. While there are a few who are using a standard mask and face ID, others are using an extensive amount of makeup and props.

One TikTok user even used a walker to help sell the act. In the video, which has gathered over 1.5 million views, the user can be seen dressing in a baggy sweater, babushka headscarf, and wire-rimmed glasses, alongside a mask and grey wig. Though nothing is shown in-store, she does appear before and after the apparent purchase.

Afterward, she is seen with bottles of a pink liquid, although it’s unclear whether or not this is alcohol. Dozens of other underage teens commented on the post, with the uploader noting that she wasn’t asked to present an ID. She also claims that the store owner worried that the “old lady” wouldn’t be able to carry the bottles by herself.

Naturally, underage drinking shouldn’t be seen as a joke.