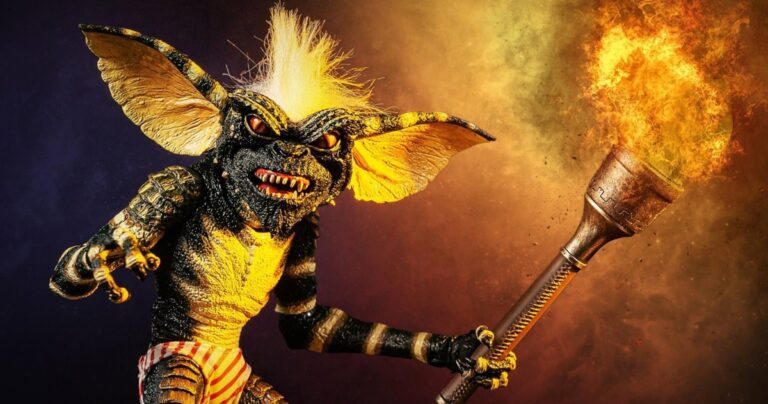 The Gremlins franchise has always been ripe for merchandise. However, it’s been a while since the cult-classic has gotten a new piece of merch released, especially worldwide. This has been despite the movies’ persistent popularity. At least, that used to be the case. NECA, known for its range of high-quality toys and figures, looks set to release a new range based on the franchise.

The seven-inch toys, which were initially previewed over at Toyark.com, will be released on July 23. Alongside being available on the NECA website, Walmart will be stocking them, one of the few large retailers to do so.

The move was supposed to be in conjunction with the Olympic Summer Games, which the new figurines pay homage to. The most obvious part of this is Stripe, one of the primary characters in the franchise, is holding the Olympic torch. He’s also only wearing shorts, which have been painted to allude to the Summer Games.

The toy will also include a few extra accessories. The more notable of these is a snorkeling mask and flippers. Aside from the accessories and torch, however, it looks as though the toy is identical to the Ultimate Stripe toy, which has already been released.

The toy was initially teased several days ago, with the official NECA Twitter account posting that “one escaped.” While the brand didn’t clarify what it was referring to, this became obvious once the news was broken. The quote may have also made some sense to fans of the franchise.

Speculation was further fuelled by a previous tweet noting that NECA would be making announcements about new toys over the coming days. It should be noted, however, that Gremlins isn’t the only franchise that it will be making toys of. Though there’s little information publicly available, the brand will be making more announcements soon.