Freaked DISCOVER THE ART OF PUBLISHING
Home Movies WATCH: Trailer for Kevin Bacon’s latest horror movie “You Should Have Left” 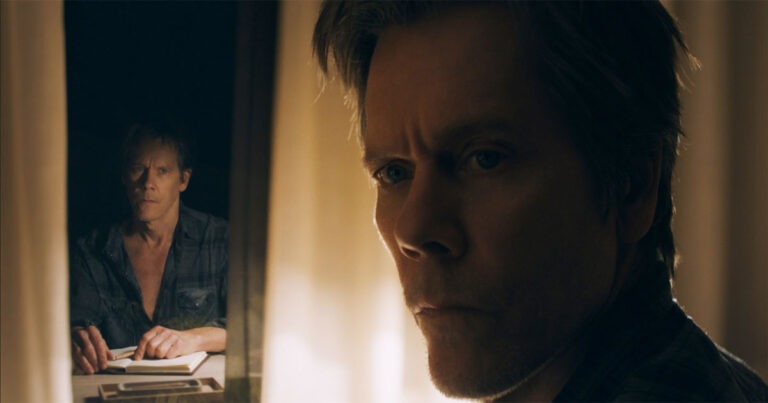 In case you have watched every new release while stuck at home these past few months – and been desperately itching to see another one – there’s this new movie starring Kevin Bacon that might suit your palette.

The title of the movie is You Should Have Left, which reunites Bacon and his Stir of Echoes director David Koepp.

The official plot suggests that it is going to be a mind-twisting and terrifying tale, about a father (Kevin Bacon) who is willing to fight hard to save his family from a beautiful home that restricts them to leave. The studio is being very secretive of the main antagonist of the story, describing it as a “sinister force within the house.”

You Should Have Left is an exciting project for Koepp, whose writing background is already to applaud for, including Mission: Impossible, Panic Room, Spider-Man, Jurassic Park, and Death Becomes Her, Carlito’s Way, War of the Worlds, and Snake Eyes. He is also set to pen the upcoming Indiana Jones movie.

If this new movie is another horror favorite in the making, lucky for us since Universal Pictures revealed that it will be skipping theaters, opting for a VOD (video-on-demand) release this June 19, 2020.

Watch the official trailer for You Should Have Left here, which Universal Pictures and Blumhouse has just released:

Aside from the trailer, the studio has also revealed the poster for the film.

Based on the best-selling novel by German writer Daniel Kehlmann, You Should Have Left stars Bacon, Amanda Seyfried, Geoff Bell, and Avery Essex.

What are your thoughts on the trailer for David Koepp’s You Should Have Left? Will you be watching the film once it arrives on VOD this June 19? Share your reactions in the comments section below.