Freaked DISCOVER THE ART OF PUBLISHING
Home Mysteries Werewolves & Aliens Have Been Terrorizing A Small Village In England, We Show You The Evidence 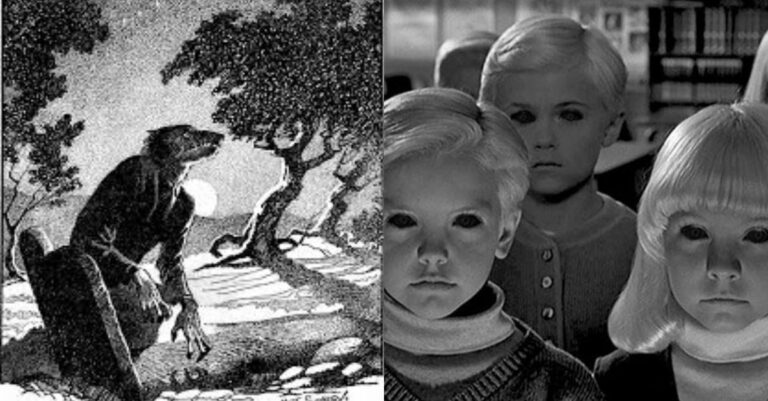 Compelling evidence shows that a small village in England has been terrorized by werewolves for decades.

Seems like Central England is apparently full of paranormal activity, especially Cannock Chase which has had dozens of sightings and where its inhabitants have been scared by werewolves for more than 30 years.

Experts commented that this area has a certain magnet for the paranormal, because there have been reports of UFOs, a man pig and ghost children.

Central England is a hotbed of werewolf activity

Staffordshire County, West Midlands, has the largest number of mythical sightings throughout Europe, especially werewolves, which is the creature for which this county is so well known.

It all started after a local boy dealt with the devil

The local legend says that in 1975 everything became weird after a boy of 17 took out a Ouji table to check his powers and asked to the devil to become a werewolf in exchange for his soul. Then, one of his friends received a strange call from the boy where only guttural noises were heard.

Most of the sightings have been in the cemeteries

The Cannock County Cemetery is the place with more reports on mythical creatures. It is also the resting place for many Austrian and German soldiers who fought in the 1st and 2nd World War.

The werewolves have left evidence of their meals

Many cases of pet disappearance have been reported, and is in the cemetery that the people have found a large number of mutilated corpses of animals.

A mailman in 2007 reported that, while he was delivering the mail, saw an animal very much like a dog that stood on two legs and ran into the forest. Apparently these creatures no longer appear just in the nights.

A werewolf is probably not the only result of an experiment

Another myth is that, in the Cannock Chase forest, lives a hybrid human-pig that escaped from the Laboratories of the Second World War where they did experiments similar to those of the Nazis.

According to a witness’s comment, the beast is seven feet tall and has a pig’s head with a giant snout.

A paranormal expert claims that the werewolf could be an underground retreat from the Stone Age. This person thinks that cavemen survived for years in the mines without having evolved. So, it only go out to feed on deer, cattle and pets.

Another paranormal entity witnesses have seen in Cannock Chase, the black-eyed child. Even ghost hunters, who have gone into the woods, take audio recordings of the child’s voice.

UFO cases have also been reported in the area

The Cannock Chase sky, in the late of 80’s and early 90’s, was filled with unexplained lights that many locals thought were UFOs. Also, a police officer reported that an object performed a series of strange things in the sky before disappearing.

Witnesses describe the werewolf as terrifying and huge

There have been 35 sightings of the creature. Witnesses say it is seven feet tall, covered in hair, looks like a human-wolf hybrid and has a snout.

A video captured a werewolf

In 2009, two cyclists, who were documenting their trip, discovered in their video a creature stalking them. This creature was too high and walked erect like a dog in the two hind legs.