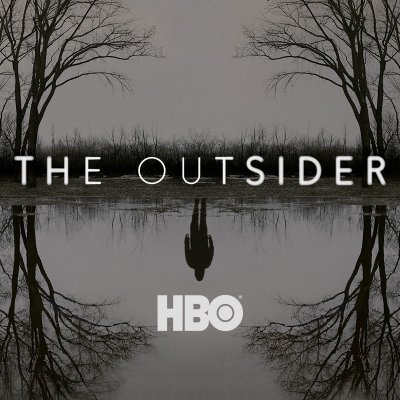 If you happen to have taken a s*** within the last 24 hours then in all likelihood in the time it took you to finish your business and pull up your underwear, someone somewhere will have announced a new Stephen King adaptation.

The question is, why should you give a s*** about this one in particular?

So frequent and numerous are the current wave of interpretations that there seems to be a veritable scramble going on, as major studios, directors and production companies fall over themselves to adapt the master of horror’s work.

In fact, some have already begun to ask whether there is too much King at the moment. To those people I say ‘Silence you fools! Don’t you realise this is good news?’

Despite having had such a long and storied career (storied, stories, see what I did there? Oh mercy) one thing King has in his favour to go alongside his longevity as a writer is an almost supernatural consistency.

Not only has his fertile imagination produced an absolute ton of work, it’s also produced a ton of good work.

Yes, there have been missteps, but in a decades long career, that is forgivable. Especially when the right steps are so perfectly placed.

However, despite the usually high quality of King’s work, all adaptations are not created equal and sometimes, despite great raw material, the end product is less than brilliant.

How then, with such a glut of adaptations made and upcoming do you know which to get excited about?

Answer: ask the man himself.

One huge advantage of so many of ‘The Dickens of Horror”s works being adapted now is that unlike Dickens, he’s still around to tell us what he thinks of them.

Which brings us to ‘The Outsider’.

Despite being arguably one of King’s lesser known works and certainly one of his more recent, The Outsider should be considered alongside some of his best. In terms of the upcoming HBO adaptation, King recently tweeted

“THE OUTSIDER is one of the best adaptations of my work. Hope you’ll watch it.”

If that’s not a recommendation I don’t know what is.

Sharing a title with works by Camus and Lovecraft, The Outsider plays on one of our primal fears ( a fear that King himself discussed in his own non fiction work on the horror genre Danse Macabre).

It begins, in typically brutal King fashion, with the investigation of an horrific child murder and starts out almost as a mystery crime drama.

Of course, this being King, there is a darker element more sinister than even murder to consider and as this is slowly revealed the reader feels that familiar icy grip around their mind.

What elevates The Outsider above most horror novels on the page however, comes before the supernatural terror. Namely King’s often overlooked talent for drawing believable and well drawn characters that the audience genuinely empathises with or are at least morbidly drawn to.

We care about the horror in King because we are already invested in his characters. Scaring is caring.

Not allowing time for this investment is where many adaptations of his work fall down.

Which is one of the reasons we are so excited about The Outsider.

With Richard Price, most famous for his work on The Wire and known for building memorable characters himself,  having adapted the script and early pre-release reviews emphasising the show’s triumph in transferring these captivating characters successfully to the screen, it seems we might have an adaptation that really exploits the secret ingredient of King’s work.

Oh and did I mention, one that looks scary as hell? Now that’s worth giving a s*** about.

The trailer for The Outsider can be found here: