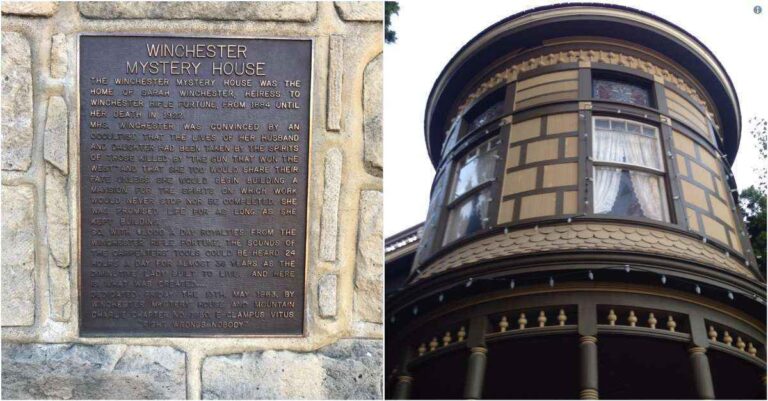 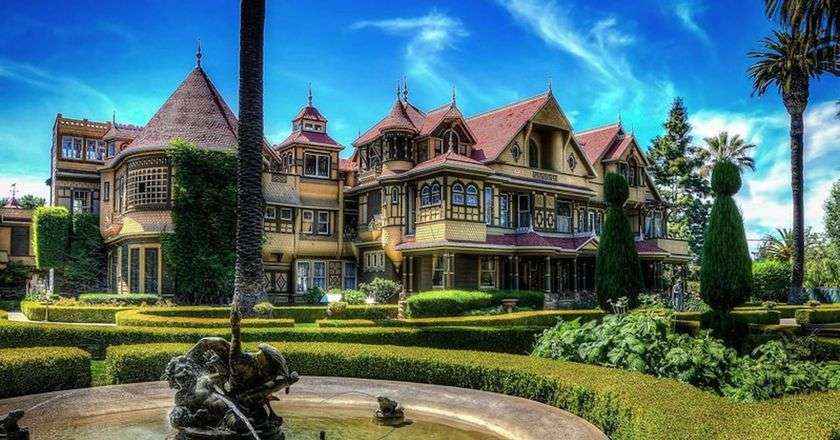 Maybe, Sarah Winchester had her reason.

Maybe the spirits of the people who were killed by the guns her Father made really were haunting her. Or more likely is that she felt guilty after inheriting her Father’s fortune. Because essentially all the wealth was made through those ‘blood thirsty’ guns. Apparently an Ocultist convinced her that the spirits would hurt her if she didn’t continue to work on the house.

So that is how the famous Winchester Mystery House was built.

This story is also being turned into a movie which is not all that surprising.

Terror is building… watch the teaser trailer for '@Winchestermovie: The House That Ghosts Built' NOW. pic.twitter.com/lAjgYezvgj

The work on the house started when it was 1886 and continued on until her death in 1922.

And it is certainly grand with over 200 rooms.

And let’s not forget all the trap doors and spy holes.

My bff & I went to the Winchester House, experienced several jarring things-one- in a photo I took of the empty windows. See her? ? #LCFZ pic.twitter.com/W3XnlOhjnk

I’m guessing she wanted to trick the ghosts?

Sarah Winchester, heiress to Winchester rifle ?, built @WinchesterHouse in weirdest way possible so as to trick ?. You do you girl! pic.twitter.com/VrPxk6AlSn

Sarah Winchester built a house in maze form to confuse ghost. Doors that lead to now where an you have to have a guided tour

There are staircases that lead to nowhere.

Another stair to nowhere (so a door to nowhere, too). #winchestermysteryhouse pic.twitter.com/Gpje9Q9g5g

There are windows and doors that lead to nowhere.

It is quite easy to get lost in the house.

I still think about Winchester Mystery House, and worry I'm still lost in it pic.twitter.com/vupJ17ceOT

There is even an underground cellar.

The scariest part of #WinchesterMysteryHouse is in the cellar. There be ghosts down here. #WinchesterMovie pic.twitter.com/17l84UCJO9

But the most surprising thing about this? She had a dog named Zip.