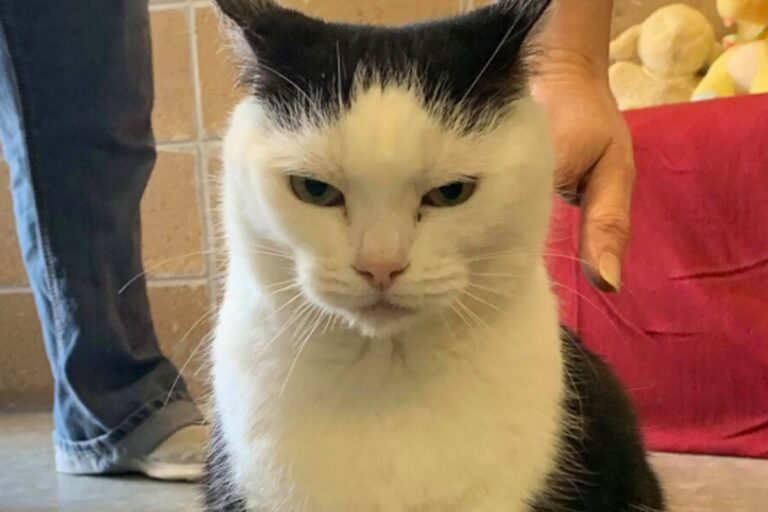 A feline described as the “world’s worst cat” has been put up for adoption by an animal rescue shelter in North Carolina.

Mitchell County Animal Rescue has openly told any potential owner of Perdita exactly what they’re in for, in a quite hilarious post shared onto their official Facebook page.

The post claims Perdita enjoys “staring into your soul until you feel as if you may never be cheerful again”, “jump scares” as long as she is the one terrorizing her victims, and “lurking in dark corners”, whereas she dislikes “kittens”, “children”, and of course, “hugs”.

The 4-year-old cat is perfect for anyone who understands the value of personal space, and for those of you who are fed up with life, we now have you a companion.

Perdita, who is often described as a jerk by Mitchell County Animal Rescue staff, may scare off a lot of potential owners with its bold personality, but is certain to have a bunch of people lining up just to own a cat of her qualities.

When first arriving at the rescue shelter, staff assumed Perdita had something medically wrong with her, but soon realized she was perfectly healthy and was just tricking them into believing she was sick.

The rescue shelter are doing some fantastic things to help in need animals by giving them shelter, food, and affection, all while trying to find them a forever home.

“Mitchell County Animal Rescue’s mission is to protect, rescue, and care for abandoned and unwanted animals,” says the official animal rescue shelter website. Its ultimate goal is “…to place animals in loving homes; and to educate young people in humane treatment of animals.”

If you want to aid other animals like Perdita, you can go and make a donation to the Mitchell County Animal Rescue here.