Freaked DISCOVER THE ART OF PUBLISHING
Home Comic A Look Back On Constantine. 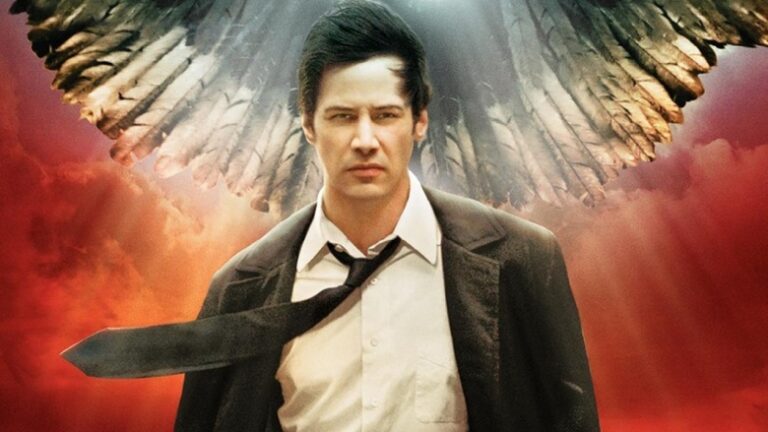 John Constantine, a lot of people’s favourite antihero has a long and storied past across television, comics and the big screen.

Between his rich comicbook lore, his own short lived NBC production and appearences in the CW’s Arrow and Legends of Tomorrow as well as his various DC animated roles the character of Constantine has been represented in many different ways.

Arguably his most beloved appearance however was in the 2005 film Constantine which was directed by Francis Lawrence and starred Keanu Reeves as the titular character.

With the 15th anniversary of the film just passing and Reeves stating that he is ready to jump back into the constantine universe, saying that “I’ve always wanted to play John Constantine again. I just love that world, too, and I love that character. I just had a blast playing a character and (playing) in that world.”, it may be time to get a sequel in the works.

Despite a poor critical review on release, many believe that Constantine was simply ahead of its time, seen as a precursor to the comicbook and superhero heavy film atmosphere that we see today.

In a world which is the unseen battleground of heaven and hell where both sides influence humanity against the other Constantine sees John Constantine, a supernatural exorcist, partner up with Angela Dodson (played by Rachel Weisz) to investigate the apparent suicide of Dodson’s identical twin sister. The pair get caught up in a battle between demons and angels which will decide the fate of the planet.

The absolutely amazing supporting cast includes the likes of Shia LaBeouf, Djimon Hounsou, Tilda Swinton and Peter Stormare (who delivered a short yet unforgettable performance as Satan) and they are all utilised to perfection.

Constantine painted a rich and varied picture which was able to effectively portray the ideas of good and evil whilst also blurring the lines between the two. It is easy to draw parallels between Constantine and the original John Wick film in the way that a lot of the backstory and lore was understated but also instilled into every scene and interaction.

A continuation of Constantine may fit in nicely with the current trends of modern cinema as long as it is approached in the right way. The original boasted absolutely staggering practical and special effects for a 2005 production and it would be interesting to see how that would carry over into today’s cinematic arena.