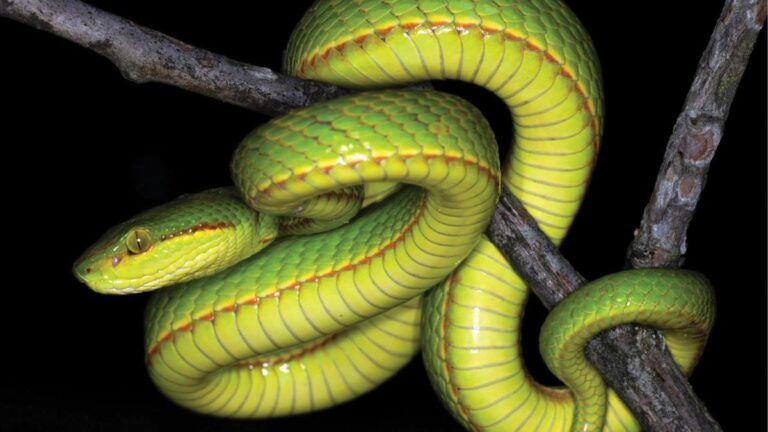 Everybody has a habit of naming their pets after someone from one of their favorite movies or television series, and now it seems scientists are getting in on the fun too.

A research team in India stumbled upon this new species of green pit viper, and to our surprise, they have decided to name it the Salazar pit viper, obviously named after Harry Potter’s Salazar Slytherin.

They recently published their findings in the journal Zoosystematics and Evolution. If you’re interested, you can find it HERE!

For those of you in the dark about Harry Potter, alongside Godric Gryffindor, Helga Hufflepuff, and Rowena Ravenclaw, Salazar Slytherin was the founder of the Hogwarts School of Witchcraft and Wizardry.

Not only are they the founder of the infamous Slytherin house, but Salazar was also one of the most powerful wizards and witches of their generation.

Although he remains a famous name among Harry Potter fans, Slytherin is partially known for his ability to talk to snakes, the animal which rests on the house’s sigil.

The new snake species stands out due to its orange-red stripe that runs across the head of males.

The Harry Potter franchise continues to grow stronger and has been one of the heavyweights in fantasy books and movies.

Ever since the release of the first book titled Harry Potter and the Philosopher’s Stone, J. K. Rowling’s weird and wonderful world has gone from strength to strength and its 8-movie run is arguably one of the most reputable in the world today.

The author, J. K. Rowling, managed to earn herself a BAFTA Children’s Award under the category of ‘Best Feature Film’ for her work on Harry Potter and the Deathly Hallows: Part 2.

Do you wish more species of animals were named after famous fictional characters? Let us know your thoughts in the comments.