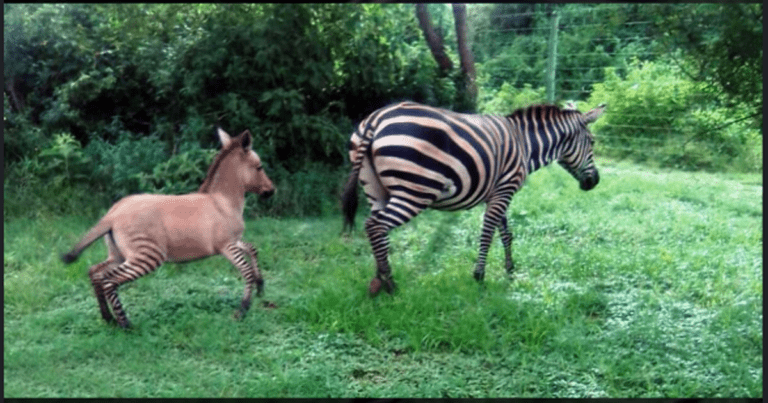 Regardless of species, babies are cute. Battling at the top of the list for the cutest infant alongside puppies and Flying Foxes is this incredibly rare species named Zonkey.

Chyulu Hills National Park in Kenya has recently discovered an unbelievably adorable species traveling beside one of their Zebra’s.

After closer inspection by an animal rescue and rehabilitation organization named Sheldrick Wildlife Trust, the wonderfully strange animal that was first thought to be a zebra, turned out to be the result of a zebra and a donkey mating.

The beautiful animal, now named zonkey, has the vibrant light brown from its donkey lineage, while black stripes cover its legs which are inherited from its zebra mother.

According to the rescue group who found her, the mother zebra was a stray who found herself in a community among a local cattle herd and made it her home.

The rescue group who normally takes care of rhinos and baby elephants transferred the zebra to the Chyulu National Park where the baby zonkey was eventually born.

It was quickly figured out that during her time with the cattle herd the year before, the zebra had become close to one of the donkey’s which has led to this unique hybrid.

According to Chyulu National Park, the zebra and her new baby zonkey are “thriving” in their habitat, which offers them enough food and water to keep them joyful, and is absent of predators.

Zebra pregnancies usually last 12 months, and luckily the mother zebra, who doesn’t have a name, was able to be found and rescued before she was able to give birth to this phenomenal animal in the wild.

Do you think this hybrid is cute? What are your thoughts on the newly discovered zonkey? Let us know your thoughts and opinions in the comments.