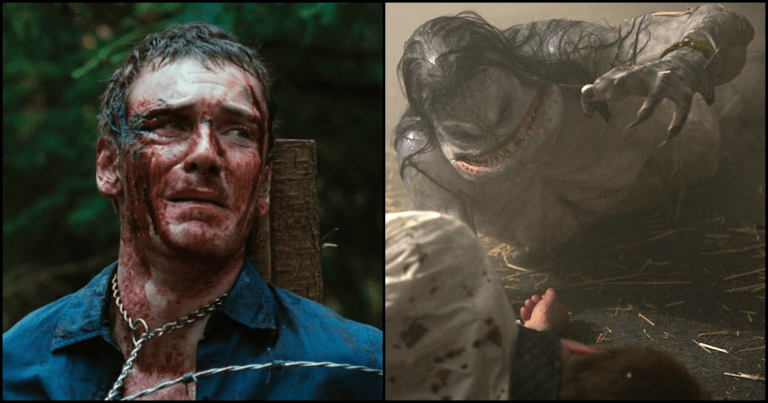 Horror remains one of the most versatile genres and that’s understandable when frightening people is such an easy thing to do. Their wide array of categories means it’s easy for anybody to invest and become horror-fanatics.

Because of this, we have decided to count down 10 of the best cabin in the woods-type films, and while some are quite obvious, the rest are hidden gems or completely underrated classics – depending on whether you’re a vivid moviegoer or not.

While on a romantic break for the weekend, a couple refuses to let a group of youths spoil their time, but the consequences become far more terrifying than they could have ever imagined.

What Keeps You Alive

An anniversary trip to a cabin turns sinister when Jackie, a normally loving wife to Jules, begins to change, revealing her dark side.

Good friends Beth and Anna take a weekend getaway in hopes of re-establishing their bond which has been broken through years of competition. Tensions begin to rise, leading to an inevitable confrontation that will change both of their lives forever.

Based on a true story, a couple on a camping trip soon realize that they are lost in the territory of an insanely terrifying predatory black bear.

Tucker and Dale vs Evil

Both Tucker and Dale are vacationing when they are mistaken for mass murderers by a group of college students in this comedy-horror.

A canoeing trip to see the Cahulawassee River before it’s dammed and eventually turned into a lake becomes a battle for survival in the dangerous American back-country.

The Cabin In The Woods

A group of five friends takes a break at a remote cabin, but before they could settle, the truth behind the cabin in the woods slowly begins revealing itself.

A bunch of friends venture to a cabin in the woods and unknowingly release a horde of flesh-possessing demons.

When a famous author is saved from a near-fatal car crash by a fan of his novels, he quickly realizes the care he is given is the beginning of a nightmare of captivity.

A sole survivor of the onslaught of flesh-possessing demons rests in a cabin full of strangers, while the monsters continue their terror.

What do you think about this list? Did we miss any major movies? Be sure to let us know your thoughts and opinions in the comments.