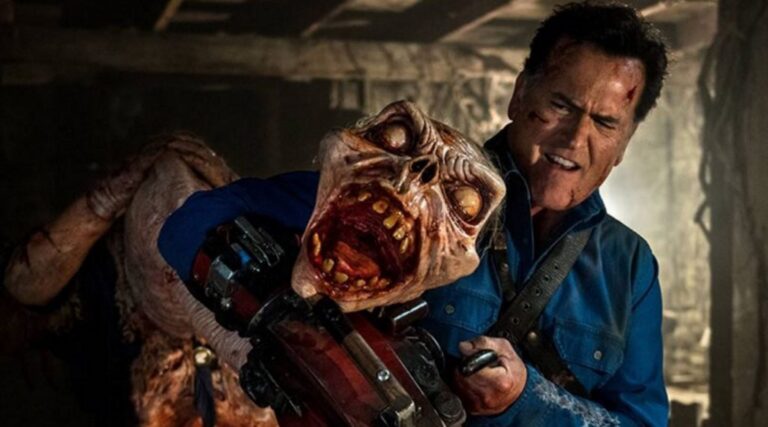 There has been a lot of buzz these past few months surrounding the fate of the Evil Dead franchise and when we were going to get its next installment.

Strap yourselves in Evil Dead fans because another piece of information seems to have been dropped by Bruce Campbell himself.

Campbell, who of course played the Series’ main character Ash, said at the Fan Expo in Vancouver during a Q&A “We’re producing more Evil Dead movies. Maybe one later this year. Sam Raimi has handpicked the next guy to make another creepy Evil Dead. It just won’t have Ash. Yeah, it is cool. There are more stories to tell”.

Earlier last year Campbell, who will not be playing an acting role but will still be brought on as a producer in the upcoming film made a statement showing that he was happy with the series moving on without Ash.

At a panel for the Rock and Shock convention he said “It’s okay to pass it along to another idiot to try and stop evil from destroying the world… One idiot tried, he did pretty good. It’s time to let other innocent people with no skills try to save the world. And there’s more stories to tell”.

The movie franchise which is beloved by many started in 1981 with the original Evil Dead title, this went on to be followed up by sequels Evil Dead 2 and Army Of Darkness. There was also a popular remake of Evil Dead released in 2013 directed by Fede Alvarez which grossed nearly $100 million. On top of this there have also been TV shows, games and graphic novels.

What we can piece together from past announcements is still pretty encouraging. Bruce Campbell is still very much part of the process behind the camera, Sam Raimi and Rob Tappert are working with “a young filmmaker who is writing a new Evil Dead story that he will direct” and the sequel, whilst maybe not a direct continuation of the previous films, will definitely be set in the Evil Dead universe.