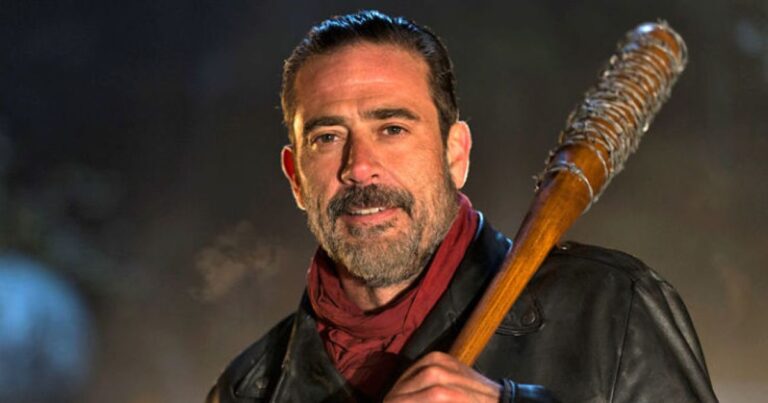 The Walking Dead has been running for over a decade now, and now AMC has offered Jeffrey Dean Morgan, who plays one of the shows most popular characters in Negan, more time on cable television.

In attempts to keep entertainment high during the lockdown, AMC has announced that a new weekly program starring Jeffrey Dean Morgan (Negan) and his wife, actress Hilarie Burton.

The show is a talk show filmed at the pair’s farm in New York.

On April 17 at 10 pm ET, the series will air on AMC which is understandably titled ‘Friday Night in With the Morgans’.

The show will run for a half-hour and will show the couple video calling their celebrity friends to talk about the various events of their home lives.

Some of the guests to appear on the show will be fellow Walking Dead stars as they reunite with Morgan to discuss their personal lives and funny stories.

The new AMC series is intended to shed some positivity to viewers in this difficult time.

Jeffrey Dean Morgan has most notably featured in 2009s Watchmen as Edward Blake, 2010s The Losers as Clay, 2018s Rampage as Harvey Russell, and, of course, The Walking Dead as Negan.

His life partner, Hilarie Burton, has portrayed Peyton Sawyer in One Tree Hill from 2003-2009, Deborah Owens in The Secret Life of Bees, Josie Mayfield in Surprised by Love, and Karen Palmer in the TV adaptation of Lethal Weapon from 2016-17, throughout her career.

After separating from his wife Anya Longwell who he was married to from 1992-2003, Jeffrey Dean Morgan and Hilarie Burton tied the knot just last year, and have been happy ever since.

Are you a fan of the acting couple or the shows the two have been in? Are you looking forward to their new AMC series? Let us know your thoughts in the comments.