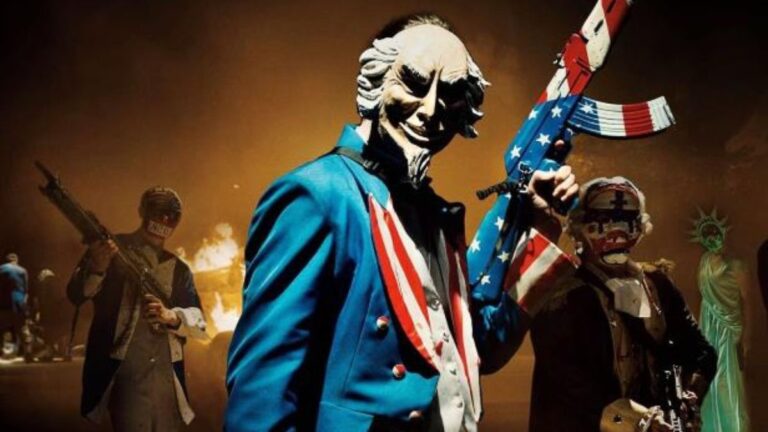 The Purge has quickly become one of the biggest modern-day horror-thriller franchises since its debut back in the summer of 2013, and that doesn’t look like slowing down anytime soon.

According to The Hollywood Reporter, the fifth installment in the franchise is titled The Forever Purge, with rumors stating the film is still set for its July 2020 release.

After completing filming earlier in the year, reports are suggesting that despite them sticking to their usual in-movie problems focused around class and race, the upcoming film will take the Purge away from its familiar metropolitan environment that everybody has become accustomed to.

The small-budget franchise began in 2013 when The Purge hit theatres. The movie follows a wealthy family that is held hostage after they harbor a man targeted by a murderous group during the event.

The second film titled The Purge: Anarchy saw three groups of people who are left stranded in the streets during Purge Night.

In the third installment, a Presidential candidate is targeted for death due to her vow to remove Purge Night from existence.

The most recent movie in the series was titled The First Purge. An origin story of the first purge which rewarded survivors $5,000 if they stayed on the island.

Aside from its big-screen numbers, The Purge has an ongoing television series that currently has two seasons under its belt.

James DeMonaco served as writer and director for most of the movies and was quite green prior to The Purge’s franchise.

Away from The Purge, the American filmmaker served as the writer and director for Staten Island, a comedy crime-drama released back in 2009.

Are you looking forward to the forthcoming Purge movie? How do you think The Forever Purge will stand among the rest of the series? Let us know your thoughts in the comments.