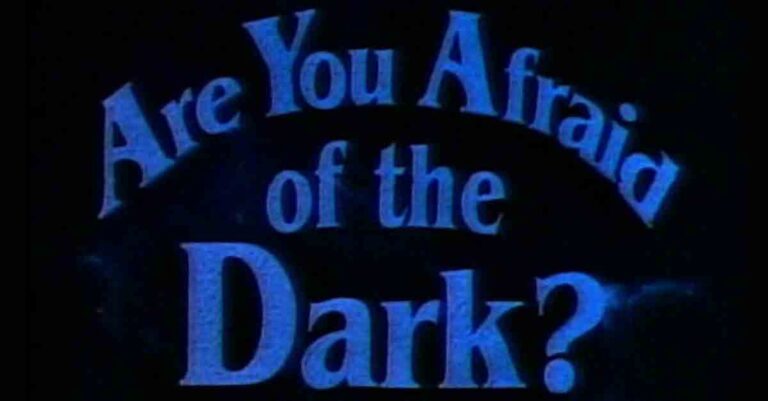 All the true 90’s kids are aware of the fact that all of the best showed were those aired on Nickelodeon. Many people disgruntledly agree that TV is no longer the way it used to be. From Rugrats to All That and Rocket Power, the best TV shows around were those of Nickelodeon.

Some of the better shows were ones so horrifying and creepy that one couldn’t stand watching them alone. Remember “Are You Afraid Of The Dark?” How many people do you know of who watched that show alone? If you ask me, then the answer is none.

For fans of the show, there is some good news. The hit 90’s show has been taken on by Hollywood and will soon be made into a movie. The TV show is soon going to be made into an equally horrifyingly scary movie. In fact, the screenplay will be written by none other than the director of “IT”, Gary Dauberman. He will be writing the script as well as producing the movie.

R.L Stine tweeting about “Are you afraid of the dark” movie coming out? My inner child is screaming!!!! https://t.co/xapfNr342z

Are You Afraid of the Dark? Is getting a movie. That’s #glorious! pic.twitter.com/crVqJfx0VV

Dauberman said: “The show is about the shared experience of telling stories — especially scary ones. We’re going to celebrate that with this movie and honor the darker, scarier tone of the show, which was really groundbreaking for Nickelodeon at the time. I hope the Midnight Society approves.”

In case you don’t recall all too well, the Midnight Society, were the bunch of kids who sat around the campfire and told stories. Twitter is going berserk with excitement.

There is going to be a 'Are You Afraid of the Dark' movie. I loved that tv show. pic.twitter.com/tlvGJ9zVvk

The fact that they are making a movie version of 'Are You Afraid of the Dark' proves that the 90's kids had the best shows. That is all ?

An “Are You Afraid of the Dark” movie is in the works and I’m so here for this. One of my best childhood memories is staying up late to watch it. Late being 930 pm but still.

IT screenwriter Gary Dauberman is writing an Are You Afraid of the Dark? movie, and my '90s heart just shat its JNCOs.

Are you losing it, too?