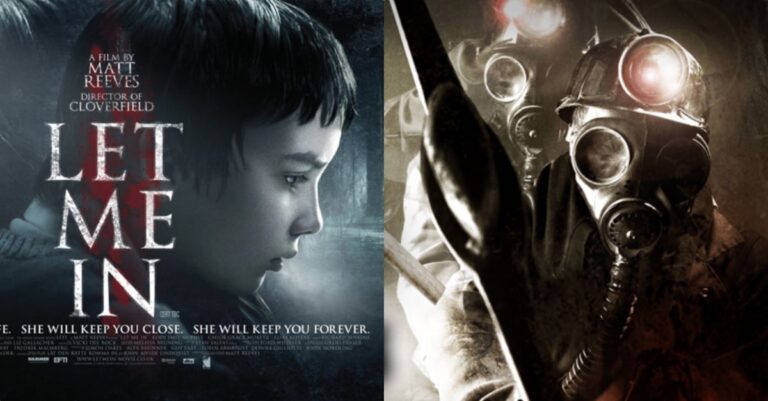 Often times movies get remakes that make their fans groan in despair. Not only has it become a trend in the movie franchise these days, but also a quick way to make an easy buck. However, sometimes some of the best movies made are those which were remade. The trend started in the 21st century. An example of remakes that surpassed their original titles are The Thing (1982) and The Fly (1986). Here is a list of the top 10 horror film remakes of the 21st century in order of voting preference.

A remake that actually does justice to the original, Friday the 13th takes on plenty from the real deal. For a lot of fans that is a good thing. In addition to a stunning opening, this movie makes up for some of the best remakes in horror history.

Simple a bloody good time, My Bloody Valentine has a lot of the best attributes you could look for in a remake. Keeping a measured dose of all the right things to the right degree, the movie is a wonderful watch.

The horror comedy is perhaps one of the exhibitions where you are not supposed to take yourself too seriously. The excessive overdose of everything from the performances to the beach bodies to the gore and the killings, it is a joyous watch.

While ramping up the carnage a notch, this remake pays all due respect to the original. The zombies are incredibly fast and the movie has one of the finest opening scenes. Although some scenes are entirely out of context, it totally adds to the complete horror of the whole thing.

An intense thrill ride, the Texas Chainsaw Massacre remake did not exactly fill in the shoes of the original. However, the sadistic and tormenting scenes are awesome in their own way.

The comedic element is missing from the remake of the 1977 Wes Craven original. However, the stunning visuals alongside the staggering horror dose makes this remake outstanding. A lot of people even agree that it is far better than the original. It truly brings out the nature of a man who is pushed to breaking point.

A remake of the Swedish 2008 film named Let the Right One In, this film only leaves two years in between its release and that of the original. The remake is a lot similar to the original which is a good thing. The storyline is elegant and well woven.

A lot similar to horror classics such as The Thing and Invasion of the Body Snatchers, The Crazies is an incredible remake. It is a tense film that brings to perspective the scenario of being unable to trust those around you while in a town that has gone mad. It has easily the scariest scene in a baseball field.

A remake of the 1998 Japanese film Ringu, The Ring is a terrifying film. Just about everyone born in the 90s has watched this film while growing up. The dread running through the entire film really sets the mood. It is chock full of incredible scares and will probably be the cause for a lot of nightmares.

This remake completely removes the humor from the original film and replaces it with gaunt gore and eerie vibes. In one of the scenes, blood is literally raining down from the skies. It has its own unique style and only marginally reflects on the original film’s form.

Which of these 10 do you think is the best horror movie remake you have ever watched? Some of these are considered “classics” to millennials and most are not even aware of the fact that these films are based off of originals.