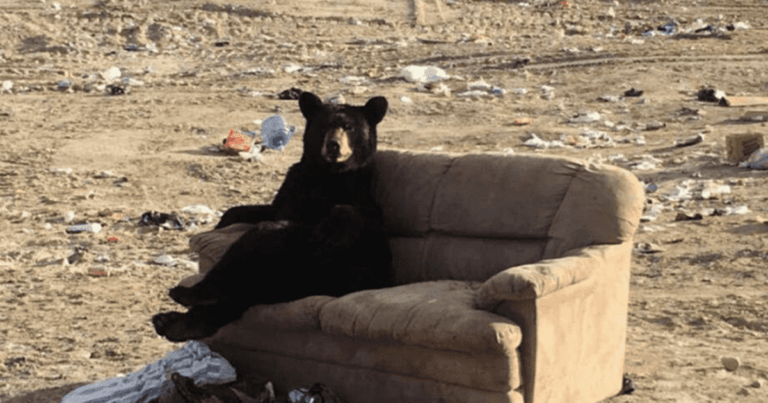 When people imagine bears, they typically think of something out of Werner Herzog’s Grizzly Man; while adorable from afar, they’re terrifying up close. However, it looks as though the animals can be couch potatoes as much as people can be. The news comes as a bear was found relaxing on an abandoned couch in the middle of nowhere.

When the image went viral on Twitter, it prompted users to share their own images of other bears just chilling on the couch. Naturally, they’re pant-less, just like the rest of us anytime we manage to get a couch day. As some social media users have noted, all the bears are missing are Netflix and a few beers. Or bears, if you’d excuse the pun.

What’s most striking about the photos is that the animals come across as very human-like, with each of the pictured bears being in different photos. It seems as though they’re trying to get in the most relaxing position possible, as any good couch potato would do.

The initial viral image was taken by Mandy Stantic, who happened to come across the lone animal when driving near Lac Brochet in northern Manitoba, Canada. The animals are well-known to congregate there, although she wasn’t expecting one of them to be chilling on a couch. It’s also unclear as to where the couch actually came from.

Ms. Stantic speculated on why the bear was attracted to the couch, claiming that there was a lot of nearby rubbish. Noting that berries are not yet in Spring, she says that the animal may have gone to try to find some food among the rubbish before sitting down on the couch.

If true, then it could mean that bears are as adept at being a couch potato as humans are. The main difference being that we have to put in the effort of going to the fridge.