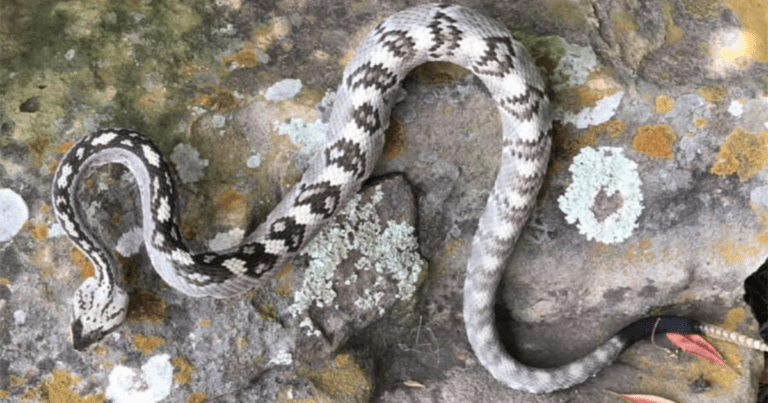 A lot of wild species, regardless of how extinct they have become, pulled off the greatest surprises in the most random of time and place.

Tim Cole was doing his regular work duties as the owner of Austin Reptile Service when he got a call from two police officers from Jonestown in Travis County, Texas.

Sgt. Guy Lanford and Officer Justin Postell have spotted a unique kind of rattlesnake after being located by a town resident, who requested their help get rid of the reptile from her backyard.

Due to the rattlesnake’s unique appearance, Lanford and Postell immediately called Cole to check on it.

“One of the Jonestown police officers, who happens to be a good friend of mine through the years, has contacted me one morning and said ‘Hey, we’ve got a rattlesnake that looks very different. Do you think this is something you want?’ I quickly called him back and replied ‘Definitely!’”

Turns out, this rattlesnake is known to be the black-tailed rattlesnake. Its discovery is special since it’s the first time this kind of snake was documented in Travis County since 1953.

Another fascinating thing is the fact that this type of snake is not inclined to travel in a lengthy distance. While they are mostly found in the areas of San Marcos and San Antonio in Texas, it remains a big question as to how they land in Travis County.

Cole firmly believes that the black-tailed rattlesnake they found could be one of many. There is also a possibility that they may have originated in the western Canyons of Travis County.

The black-tailed rattlesnake has now been logged in the iNaturalist citizen scientist database, which allows people to identify animals or plants through their mobile devices. Cole is keeping the rare reptile for educational purposes. When it eventually dies, he plans to donate it to the museum of the University of Texas.

What are your thoughts on this rare black-tailed rattlesnake found in Texas County? Share your reactions in the comments section below.