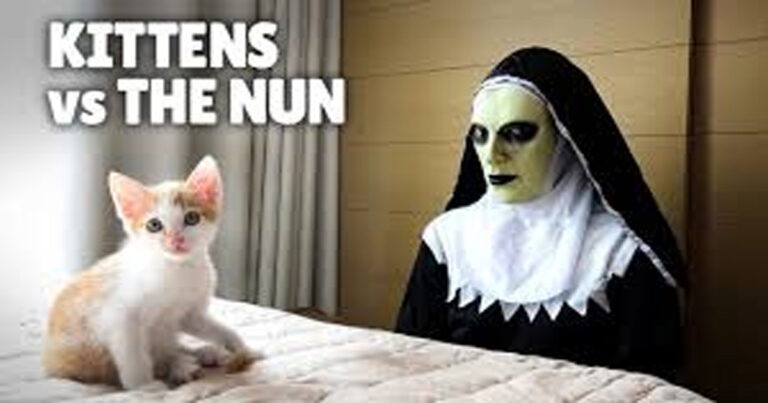 There are quite a few things in life that are inherently terrifying. Nuns happen to be one such thing, thanks to their representation in some recent horror films. That being said, demonic ones aren’t the only ones that can be scary. In fact, some generations of people are terrified of the sister’s thanks to schooltime memories.

However, there are those of us that are somewhat scared of kittens and cats. While this might be an inherently ridiculous fear, it’s a fear nonetheless. As a result, when it comes to kittens taking on a demonic nun, there are some of us that don’t want to see the result. Or have anything to do with the process itself.

Despite this, YouTube channel Kittisaurus decided to make a humorous video dedicated to capturing what it would be like if this exact scenario happened. Needless to say, it might not be what many people may have anticipated. As it turns out, the demonic nun liked the kittens much more than many people may have thought.

Depending on your outlook, this could be one evil recognizing the evil of another. In this case, the kittens may be the more demonic presence. Although, that could be quite a biased perspective. The video has gained quite a significant amount of traction since it was uploaded.

In fact, it’s gained over 700,000 views in its first two days on YouTube. Obviously, many people seem to enjoy the morbid. Either that or they’re fans of the inherent silliness of the situation. The video itself pits a demonic nun against several kittens.