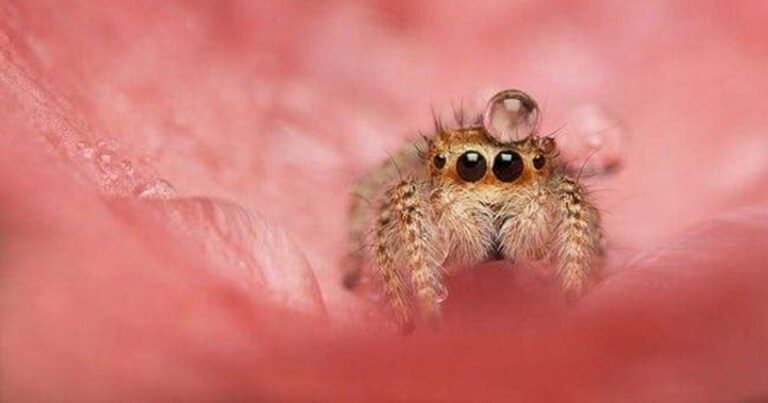 There are very few people that will say that spiders are adorable. Those that do tend to be somewhat off-putting to others, as they’re typically spider collectors. Arachnophobes are the complete opposite of this. As the majority of people will know, they’re terrified of the six-legged creatures.

While few people want to be near spiders, especially having them inside of the house, people with arachnophobia can have a crippling fear of the arachnids. However, that doesn’t mean that there aren’t a few spiders that many people might find cute. Well, ‘cute’ might be a slight overstatement.

At least, they don’t come across as scary or downright terrifying as other spiders. Though there will undoubtedly be some arachnophobes that beg to differ, they’ll at least get them starting to think they’re cute. From a distance, anyway.

Sitting In A Leaf

Is This My Good Side?

Though many people with arachnophobia will still have a fear of the spiders, it doesn’t mean that they’ll have to keep being terrified. After all, the best way to overcome fear is to be exposed to it and then overcome it. What better way to do so than with some cute spiders?

If there are any arachnophobes in your life, then you might want to show them just how ‘adorable’ some of the spiders can be. After all, most of the above have some of the cutest expressions in the animal kingdom. Should all else fail, then maybe Spiderman might be a good compromise.

Just don’t show them 2019’s Itsy Bitsy. That’ll definitely make sure that they’ll be terrified of spiders for the rest of their lives.