Freaked DISCOVER THE ART OF PUBLISHING
Home Horror News Your Hollywood Horoscope Stars Tim Curry – But Which Character Are You? 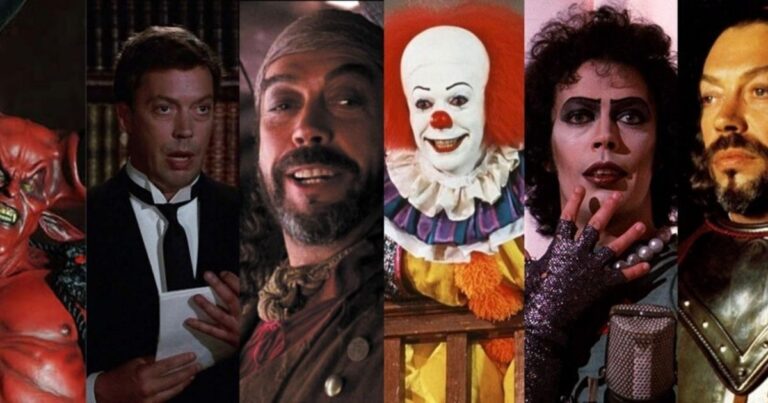 Your Horoscope Just Got Rocky

Horoscopes and Astrology have always been a fun part of our lives. The daily prediction based on the ancient Zodiac charts have long been a strange bridge between the esoteric and the mundane. Your grandmother, who likely doesn’t know a thing about the Greater or Lesser Keys of Solomon, the Necronomicon, or how many Esbats/Sabbats are found in the typical Pagan calendar still enjoys dipping her toes into the occult through her weekly tabloid horoscope. It’s a cool way to bring a bit of mystery in life.

Today we’re proud to bring you the Freaked.com version of your horoscope – featuring legendary film star Tim Curry as the backdrop. Tell us if we got it right – and here’s to hoping that the stars reveal favor in fortune in your future!

BONUS: Along with each entry is a personal horoscope from yours truly.

Fearless pursuit of treasure and fame led Herkemer to bankroll and an expedition into the Congo to face down killer apes in the name of gold and glory. Aries share this quality of consequentialist thinking. The risk is always calibrated to the goal.

The end may justify the means – but beware of burning bridges if you’re venturing onto an island.

Rooster is a bit of a conman but he makes up for this in his fierce loyalty to those in on his scheme. Those born under the sign of Taurus are also known to be cagey thinkers who always cut equal shares of the pie for those who support their ends.

Don’t be afraid to face challenges today without hesitation. Those close to you know the content of your heart and won’t let you fail.

Dr. Frank N. Furter demonstrates the Gemini mindset to perfection. Willing to turn on a dime, you never quite know what the doctor is going to do next. Gemini are equally unpredictable, embodying elements of duality at all times.

You’ll change your mind today. Don’t fear this, don’t fight this – it’s just your psyche’s way of making the best choice, as you know there are always options.

Long John Silver was a hardcore bad dude who had no issues laying down the curse upon those who crossed him. That is, until he got close to Jim Hawkins, and decided at the end to spare him. Cancers too are categorized by their hard exteriors but vulnerable emotional innards. Get close to one and you’ve got a pretty good friend.

If you’re a Leo, you already know that drama and passion just go hand-and-hand. It’s no wonder that Curry’s King Arthur is a ruler who believes that breaking out in song and dance are perfect ways to hammer home a royal decree. The Razzle-Dazzle is a kingdom culture under this king.

Don’t be afraid of right-and-wrong today. You’ll know you’re on the right track by the applause of those around you.

This hotel manager may have gotten the short end of the stick in his mental jousts with Kevin, but considering what the psychotic trap master did to others who crossed him, he likely got off easy.

Virgos are known to value order over chaos and can sometimes appear overly vigilant when they sense something isn’t quite right. Much like Curry’s character in Home Alone 2 when he realized that a child with a credit card in a luxury hotel wasn’t quite on the level.

Just because you think everyone is up to something; doesn’t mean they aren’t. Trust your gut.

So the Cardinal here came across as a bit of a prick, you know, using a secret treaty with the English to try and overthrow his own government. But – that’s sort of the Libra way of doing business, at least on a bad day. They like peace and harmony and will pursue it whichever way is best. Even when behaving a bit shifty – a treaty is still the harmonic alternative to war.

You know right from wrong. You know the best way to solve even the worst of contentions. Not everyone can win, but everyone can go home in one piece.

Well someone had to get the clown and Scorpios seem like the right choice. Scorpios are all about having control of their environment. This isn’t always evil, and their methods can differ. Charm, humor, seduction, fear, threats, or friendliness – everything is on the table.

Hence why Pennywise is both terrifying and oddly likable at the same time. He might show different traits but his goal is unified.

You’ll know when to use diplomacy and when to use intimidation. Follow your instincts and never let the situation slip from your fingers.

The calling card of the Sagittarius is witty optimism and passion to express their vast understanding of the world around them. Sometimes their drive to share their worldly findings can override their sense of circumstance, causing them to appear naive or distracted.

Nigel demonstrates this quality in spades as he drags his family through countless dangerous situations all while standing up on a soapbox of moxie fueled academic explanations.

Don’t hesitate and miss your mark today with too much concern over planning. After all, plans are for those who need to plan. You simply need to be.

Capricorns are known for their patience and loyalty to their ambitions. Once they set their mind to something that they want – it will happen, regardless of how long it may take or how difficult the process may be.

Hexxus was willing to wait 1000 years to fulfill his desires. I truer test of patient determination doesn’t exist.

All things come to those who wait. Don’t rush and lose sight of the big picture today. Winning feels just as good tomorrow as it does today – but losing stings around the clock.

In Clue, Wadsworth facilitates an entire team for the sake of a bit of evildoing, revealing himself at the end as the blackmailer. While the good side of the Aquarius is one who seeks justice by calling people together for the common good, it is also fair to say that those who lean towards the naughty side of life would do the same to achieve the common bad.

You know that the team is only as strong as its weakest link. But you have an eye for talent, so you’ll spot the weak links before they ever make it to the chain.

If you’re a Pisces or live in close quarters to one, then you know that their eye for creativity is matched only by their understanding of innovation. They simply love to push the envelope and challenge the norm.

As demonstrated by Curry in his role as Shakespeare who pushes the limitations of the art world and is rewarded with praise for his bold effort.

Fear no obstacles as your venture forth today. If the wall doesn’t have a ladder, you’ll figure out how to make one.