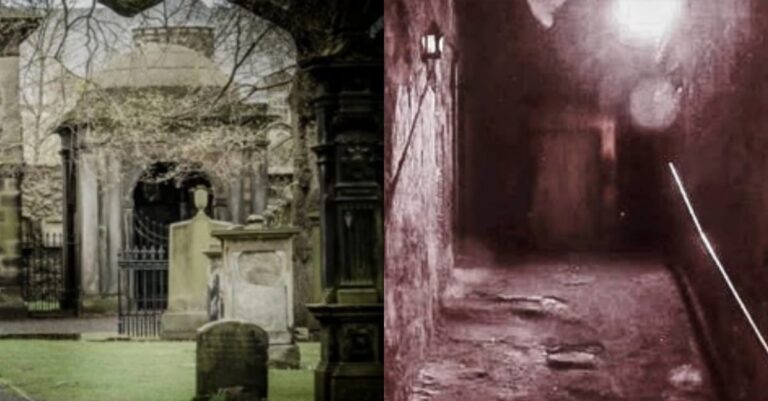 Since ages, Scotland has a standing for the uncanny. Steeped in centuries of the disturbed undead, this country’s violent history speaks volumes of what dwells in it. Remote castle, spooky forests and sprawling houses, the most haunted places in Scotland show that the spirit world does not dwell far away from us. Even the nation’s most iconic landmarks share grisly and horrifying tales of the creepy.

There are plenty of tour industries that guide visitors to these most haunted places in Scotland. However, before you hire such a guide or follow them, beware for at time the spirit hunters become the haunted.

The infamous “wickedest man in the world” Aleister Crowley rendered Boleskine House notorious after he moved in it in 1899. However, even prior to Crowley’s arrival the hunting lodge had formerly earned a sinister reputation. Built in the 18th century, it was situated on top of a 10th-century Scottish church that was burned to ground. The fire killed the entire congregation. The building also nestles a graveyard beneath it which connects through a series of underground tunnels. Rumors then emerged of Crowley’s multiple demon summoning practices that left behind portals allowing the entry of hellish creatures into the world. Afterwards it fell into the possession of Jimmy Page and functioned as a hotel. In 2015, it was burned down almost completely.

Since being built in the 14th century, this Glamis castle has earned the title for being one of the most haunted places in Scotland. It was built by the Bowes-Lyons family. In the earlier days, the Ogilvy Clan took refuge in it from incoming enemies: the Lindsays. Fate took a turn and the Ogilvies were walled up to starve to death. Their spirits are fabled to dwell in the unknown Haunted Chamber. However, the Lady Jane Douglas often times emerges as an ill-fated omen, after she was burnt as a witch. The Earl Beardie can also be heard by visitors as he plays an eternal card game with the Devil. Most famously though is the tale passed down by the Bowes-Lyons of the Glamis Monster. This deformed child or disfigured prisoner was stowed away in the castle – only to grow into an aged giant who haunted the family.

Dating back to 1454, the Cawdor Castle was built around a holly tree and a gold-laden donkey. It was a symbol of the residents’ prosperity. The original tree can still be viewed despite the fact that it died in 1372. Likely to have been the daughter of an early Earl of Cawdor, a spectral lass with no hands is the castle’s main ghost. As the legend goes, her father grew angry over her friendliness with rival chieftain’s son. In his rage, he chopped her hands off. She perished and then soon began haunting the castle grounds.

The site of the last battle fought on British soil, near Inverness these windswept grounds were also the spot for the final hurrah for the Jacobites. The rebelling army led by Bonnie Prince Charlie was ended by government troops in 1746. Around 2,000 members of the Macdonald, Stuart and Fraser clans were murdered and wounded. The landscape is marked by Cairns dots indicated where the souls perished. The ghostly armies that appear on occasion perform the same duty. On this spot securing the title of one of the most haunted places in Scotland, reports of spirits marching through yards have surfaced. Tourists even run into spectral soldiers regularly.

Seeing how the castle once used to be home to Kings and Queens of Scotland, the specter that haunts the halls is a noblewoman. Titled the Pink Lady, she leaves behind a scent of roses wherever she passes through. The rumors surrounding her death are those of a noblewoman who died from a broken heart. Other horrors include the spirit of Mary Witherspoon, whose body was removed by grave robbers and later sold for dissection. Additionally, there is a Highlander who roams the grounds in traditional costume. Often times on this site of most haunted places in Scotland, the specters are mistaken by tour guides for hapless visitors.

Since its construction in 1211, the Fyvie Castle in Aberdeenshire passed through multiple owners until the National Trust took it into custody. Some of the inhabitants include meddlesome spirits and the ominous phantom trumpeter who would steal and move objects around. Shortly after the locked, secret tomb of Lady Meldrum was exhumed in the 1920s during renovation, the Grey Lady, a relatively young ghost started appearing. Following his death by starvation in 1601, Dame Lillias Drummond has haunted the castle for ages. Her mischief began when she merged to disrupt her husbands’ wedding night with new brides. She still lingers about as the Grey Lady, making appearances when the castle’s owners are in peril.

Built in the late 16thcentury near the southern edge of Old Town Edinburgh, this graveyard sits around Greyfriars Kirk. Although residents include multiple popular names, the most infamous is easily the MacKenzie Poltergeist. Dwelling in the Black Mausoleum section of Covenanter’s Prison, the irksome spirit seeks refuge in the walls. The area comprises of enclosed vaults used to imprison around 400 prisoners from the Covenanting Wars. The conditions for the prisoners were ensured to be horrifying by none other than Lord Advocate George Mackenzie, also known as “Bluidy Mackenzie”. When he passed away he was buried close by. The ghost is considered far too dangerous to allow the area to be open to the public. He has succeeded in earning this place a spot among the most haunted places in Scotland.

Surrounded by steep cliffs and spooky stories is the city’s 2,000-year-old castle. Upon discovery of the nearby tunnels to Royal Mile, a bagpipe player was sent forth to venture whilst playing his pipes. However, he disappeared halfway through and only returned as a spirit from the underworld. Former prisoners also haunt the dungeons. Moreover, a headless drummer boy can be seen at times of danger to warn the battlements. Visitors will even be shoved down battlements in an attempt to kill them by one prisoner who was tossed to his death. He is notorious for his stink ad he died after hiding in a dung barrow.

Built in 1895m the Overtoun Bridge is on the approach to the house that shares a similar name, West of Dumbartonshire. Every year, at least one dog jumps to its death, 50 feet below, on the waterfalls. Each year it is from the same side and in perfectly clear weather. Tales about dogs being spooked by the presence of spirits circulate around the place. Other people believe in the Celtic ideas that bridges are walls between realms. At one point, the phenomenon was investigated by the Royal Society for the Protection of Birds and they found that a distinctively smelly mink was luring the dogs to their deaths. However, nothing can explain the reason behind why Kevin Moy threw his son from the same bridge on the same side in 1994. He later attempted suicide and was firmly under the belief that his son was the devil incarnate.

With such a horrifying history, these are some of the most haunted places in Scotland. With far more to offer the visitors in real life, these spots are better off reading about than venturing into. Everything from phantom pipers to haunting Highlanders, Grey Ladies and spooky suicides, there is far more in Scotland than any ghost hunter would dream of. While you traverse the lands of the dead, be sure to pay homage to the spirits. Who knows, you might anger them and soon end up amongst them.