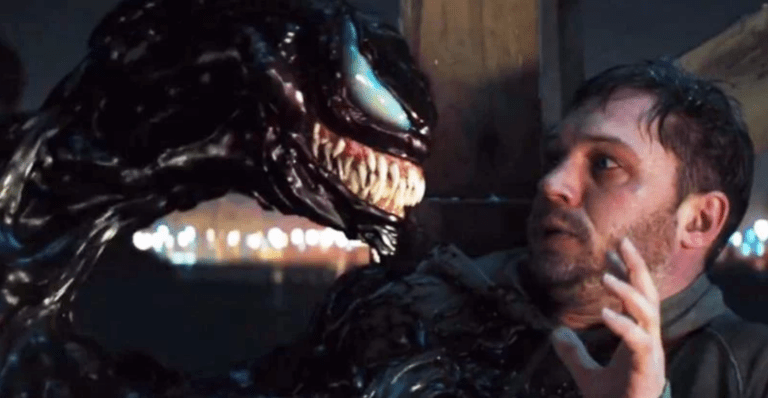 Despite a rather disappointing first film, Sony has proved it can compete in the superhero world after Venom’s big-screen debut managed to surpass a massive $850million at the box office.

Tom Hardy’s performance as the Marvel anti-hero was nothing short of spectacular, but that wasn’t enough as the movie seemed to suffer from its basic story and plot.

When Venom is on screen, fans expect to see a dark and eerie adventure full of terror and destruction, but we were treated to a more “Marvel-like” softened down feel.

But reportedly, that is all going to change when Venom 2 hits theatres, as rumors are beginning to suggest that with the introduction of Carnage, who will be portrayed by Woody Harrelson, the sequel will boast a much darker setting.

New set photos have shown Woody Harrelson looking miles beyond his cameo at the end of Venom 2 in terms of his demeanor (and hair of course).

Although Carnage will bring some much-needed personality to the film, Sony’s Venom 2 will only hold a PG-13 rating and will have to push the boundaries if they want to please the fans this time around.

Venom 2 has recently completed filming in London after Tom Hardy revealed the news on his Instagram page, but one picture raised a lot of questions as it seemed to show a wall-climbing scene, which caused fans to question whether Spider-Man will feature in the upcoming movie.

A threeway face-off between Venom, Spider-Man, and Carnage is what all of us Marvel fans have always been dreaming of. Seeing both Spider-Man and Venom team up to take on Carnage while not knowing if Venom can be trusted is something I’m sure a lot of you will invest in.

Venom 2 will join theatres on October 2, which will see Tom Hardy and Woody Harrelson push the limits in attempts to deliver us the Venom and Carnage movie we deserve.