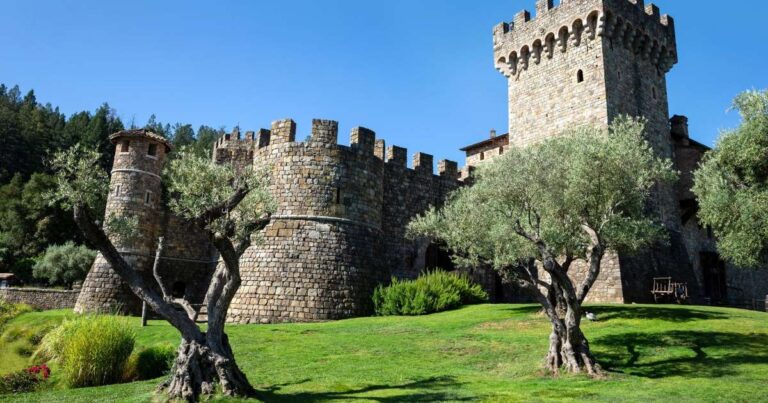 Now I know what you’re thinking, and yes you’re right Ohio as a state wasn’t formed till long after the middle ages, but that didn’t stop eccentric medievalist Harry D. Andrews from constructing his own tribute to the times of knights and conquerors in an effort that lasted over fifty years!

Andrews began construction of what is now known as Loveland Castle in the 1920s after he obtained the land through a promotional offer with the Cincinnati Inquirer. According to the Loveland Castle website, Andrews intended the fort to be “an expression and reminder of the simple strength and rugged grandeur of the mighty men who lived when Knighthood was in flower.”.

Andrews led an adventurous life, to say the least. Serving in World War I as an army medic, he contracted spinal meningitis and was officially listed as dead in 1918. It is said that the war had an especially lasting effect on Andrews, so much so that the official title for the castle, Chateau La Roche, is also the name of the military hospital in which Andrews was stationed.

By the time that he returned home willfully alive six months later, Andrews found that his fiance had already moved on and married another man. Unphased by this he took to exploring Europe and fell in love with castle architecture.

The castle itself is built upon rocks from the nearby Little Miami River, as well as homemade bricks that were crafted from cement and old milk cartons. The structure began taking shape when Andrews and the Boy Scout group which he lead (The Knights Of The Golden Trail) needed shelter from the elements and wild animals as they visited the banks of the river.

When he died in 1981 aged 91 Andrews left the castle in his will to the Knights Of The Golden Trail and they take care of the property. The Knights are still discovering the building’s mysteries and are still working to reveal all of its secrets.

During the regular season, you can actually visit and look through the site, and people who were inspired by Andrews still send in materials to add to the very foundations of Loveland Castle to this day.