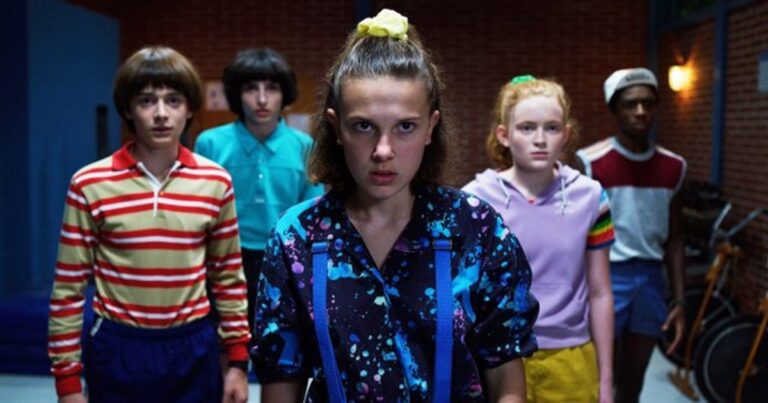 Stranger Things season 4 has been widely anticipated ever since the third season of the hit Netflix show dropped several months ago. With the production put on indefinite hold, however, fans have expected to see a delay in its release. While this may be the case, it doesn’t mean that scenes haven’t been shot, with the cast seeing a glimpse into what the show has in store.

Joe Keery – who portrays hair connoisseur and fan-favorite Steve Harrington – claims that fans will be in for a horror-fest. Speaking to Total Film, the actor says that the Duffer Brothers, who created the series, have taken the horror up a notch, which is quite a task considering the tail end of season 3.

In the interview, Joe Keery says:

“Oh man, it’s pretty amazing – the Duffer Brothers have really done it again. I think that this year – and I know I say this every single year – but this is definitely going to be a lot scarier than prior years because last year was pretty dark.”

The last part could be a difficult task, given the ending of the third season. While Stranger Things season 4 is set several months after the third, it picks up after Hopper’s apparent death and Joyce, heartbroken, moves herself and her sons Jonathan and Will away from town, alongside Eleven.

While the teaser trailer, which you can watch above, reveals that Hopper – played by David Harbour – is still alive, it does show that the former police chief has been taken to Russia to be experimented on. If the closing scenes of season 3 are anything to go by, then he’s in for a rough ride. After all, there are a lot of scares between Russia and Hawkins, both from our world and the Upside Down.

Stranger Things season 4 is expected to arrive on Netflix later this year. While the show typically drops around Halloween, it’s unclear if production delays will affect this.