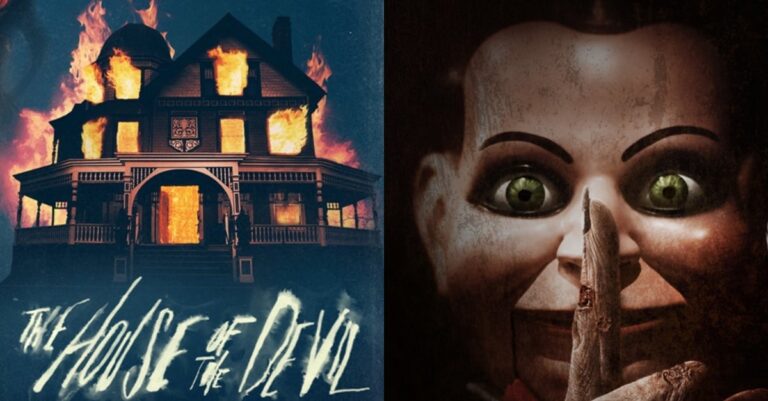 Dim the lights for you are about to take a journey into the world of the exciting crime thriller movies that are severely underrated. The gory content featured on these films will definitely have you shaking in your socks.

The genuine creepiness of the film exhibits a terrifying aura that will keep you hooked until the very end. Matisyahu may have dampened the story a little but who does not enjoy a rabbi rapper in a gore creepy horror film? You will have a great time indulging in this horror movie.

If you happen to be a fan of horror (why else would you be on this list?) Martyrs is your go-to movie. It is a controversial watch that has earned praise and criticism from far and wide. But, the judgment lies in your hands. Watch it for yourself to see which side you are on!

Before Guardians of the Galaxy made James Gunn’s name, in 2006 Slither did. The entertaining yet downright horrifyingly disgusting choice in crime thriller movies is a must watch in every aspect. The script is both silly and fun while the characters cast fit the role perfectly. You will undoubtedly love every second of it.

Cold Prey is the ultimate slasher series for those of you who love Halloween. I mean, come on, who does not love Halloween? Although the series extends to more than just these two crime thriller movies, these are the best of the whole lot.

A movie of pure gore, Inside is about a psychopath who wields a pair of scissors. It gets worse. He runs amok terrorizing a pregnant woman. What ensues is only for fearless eyes.

The Children is all about our worst nightmares – kids running the world to hell. The movie displays traps set up by kids to kill their relatives and parents. Horrifying!

The House of the Devil

Whoever said that babysitting is a fun and easy part time job has probably never watched The House of the Devil. Set to pay homage to the 80’s themed films, the vintage touch grants a whole new terrorizing vibe to the film.

The supernatural psychological crime thriller film will have you sneaking beneath the blankets. To get a better idea of what it is really like, the creators of Saw directed and wrote this film. A murder and the history of a ventriloquist’s ghost haunts the town. Absolutely mesmerizing!

Behind the Mask: The Rise of Leslie Vernon

A description of this creepy and haunting film will not do it justice. You will have to see it with your own eyes to believe it. The more you watch of it, the crazier it gets.

This is perhaps one of the creepiest crime thriller movies out there. A surprise family reunion gone to shambles suddenly aims to reunite everyone despite their differences. With their lives at stake, the Davisons need to pull their act together.

This series of creepy thriller movies is shot in found footage style to give the full effect. The viewer is transported into the world of ghost hunters and their grave encounters in first person. Now who would not want a good scare like that?

These 11 crime thriller movies will definitely entertain you the next time you feel like watching a horror film. Perfect for both watching alone and with groups, you will feel the terror creep up on you equally in both instances.