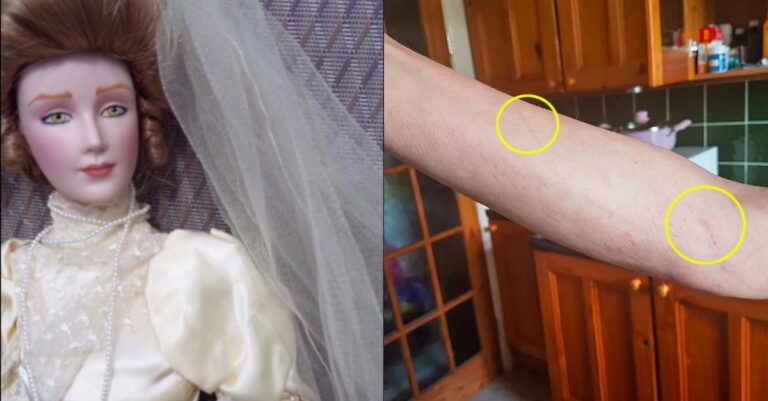 A doll that was sold on eBay has been reportedly attack its new owner at night when he is trying to sleep. The doll is rumored to have a dark history, too, making the creepy occurrences even more creepy and disturbing. A few weeks ago, the doll that is attacking its owner hit headlines and made people scratch their heads as they read through the story. The doll’s former owner, Debbie Merrick, tells some of the dark history of the doll and recalls that the doll started to attack her husband by scratching him in his sleep, the doll occasionally removed the necklace it was wearing, and it would constantly set off the fire alarms in the house. Debbie decided that enough was enough with the doll and decided to list it on eBay and to her surprise, someone decided to buy it.

This Possessed Doll Bought from eBay is Attacking People

A close up of the possessed doll 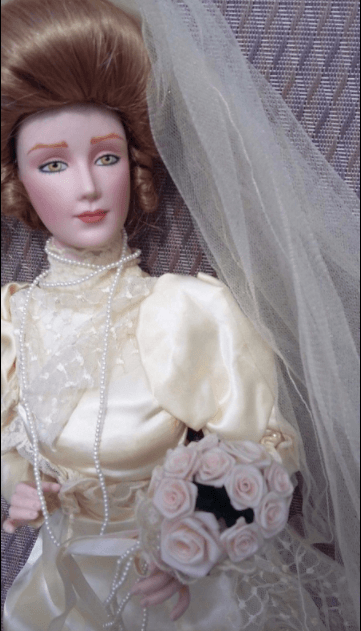 How much was the doll being sold for, though? Well, Lee Steer, who is a paranormal investigator from Rotherham, United Kingdom, paid a whopping $1,100 for this doll after there was an intense bidding war between him and a few other paranormal investigators and paranormal fanatics. After Lee had the doll brought into his home, his father, Paul, started to experience the same things as the previous owners did. Paul reports that he would wake up in the middle of the night and would notice an unbelievable amount of scratches on his body that he didn’t have before he fell asleep. The family, though, says they are unsure if they would blame the doll for the scratches appearing on Paul’s body. Thirty-year-old Lee said:

“My dad was downstairs in the morning, and at this point the doll was packed away, and he heard a tapping noise on the wood. It was a bit unusual. Later that day he was watching the repeat of one of our live streams with the doll. I was doing a live stream in my room. Then, he said to my mum that his arm was hurting. He lifted up his sleeve and he had six scratches on his arm. My mum shouted up to be that I better go downstairs because my dad was getting affected and that he got scratches on him. It seems pretty similar to the scratches on Debbie’s husband from what I can tell. We have no idea where they came from.”

A full image of the doll 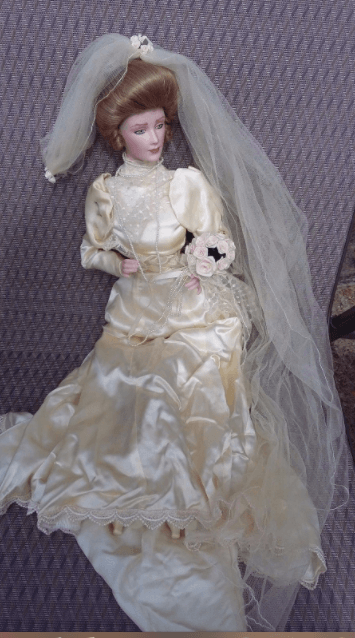 Despite the scratches, there were other things happening around the house that the family started to notice. The strange things that started to occur in the house were strange noises, things getting broken, and the lights would occasionally flicker. Lee also said that one weekend him and his family were putting boxes away and started talking about the doll when all of a sudden a painting that was hanging on the wall started to swing on its own. He also says that they can go months without anything strange happening in his house, but the moment the doll is mentioned, strange things started to happen.

“We did a livestream opening of the doll that 35,000 people watched, and a light I use was flickering, it was like a strobe. It was the first time that had ever happened. And people contacted me saying they could see the doll’s eyes moving. I’ve used a random words app that some people believe spirits can manipulate, and when I’ve asked it it’s name it’s said ‘Samantha’. When I said I really wanted to p*** it off, it said, ‘Strike Lee’. If it’s random words, then it shouldn’t be making sense.”

The actual description about this doll.

Nonetheless, the paranormal activity surrounding this doll seem to be genuine and true. Both families report that there were always strange occurrences that surrounded the doll and no matter where the doll was, someone was always going to be affected by it. It is strange and unexplainable, making people question why Lee ever spent $1,100 on a doll that is so crazily haunted. 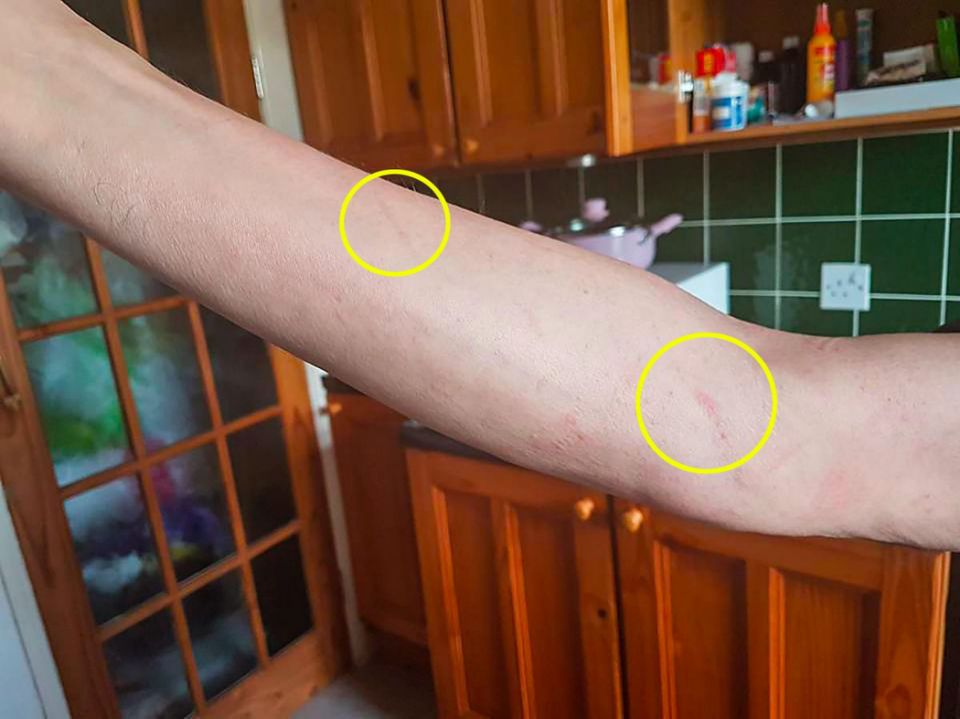 The scratches Lee’s dad woke up to.