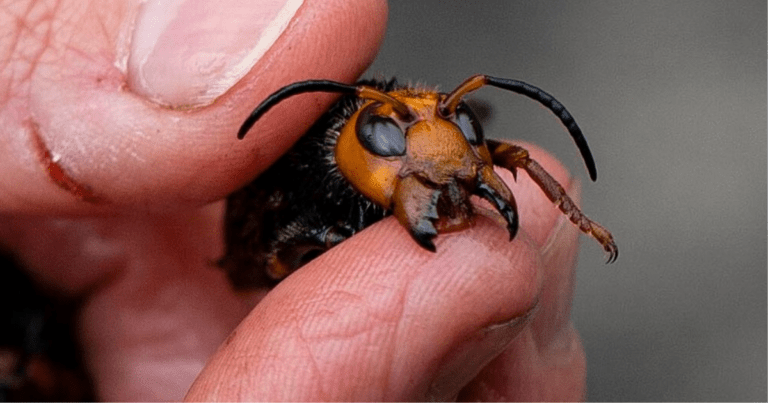 While a lot of us are currently locked indoors, deadly hornets were reportedly discovered flying around North America for the first time.

These hornets, also known as the “murder hornets,” hailed from Asia and have been famous for their stings powerful enough to kill humans. How do they differentiate from the normal bee? They are noticeably larger, measuring up to two inches. One will also notice that their mandibles are shaped like spiked shark fins, the teardrop eyes are reminiscent of Spider-Man, wispy wings that looks like a small dragonfly, and the orange and black stripes around its body like a tiger. That’s one more pest to include on your “Things to Avoid” checklist.

The murder hornets have killed up to over fifty people in Japan in only a year, and now, they arrived in North America. Two of the predatory insects were first sighted last fall in the northwest part of Washington State. There is no official statement detailing the true cause of what could have prompted their appearance in North America.

Many beekeepers and entomologists in the region are very worried about these sightings as the murder hornets, true to their name, are known to invade and colonize bee colonies within hours. They also pull out the bees’ heads to feed to their young.

With this, entomologists and other researchers are now working hard to prevent the spread of murder hornets across the region.

Chris Looney, a Washington state entomologist, has shared that they are trying to contain it to “keep it from establishing” and that “if we can’t do it in the next few years, it probably can’t be done.”

Some describe the sting as feeling like hot metal inside their skin!

What are your thoughts on these murder hornets now lurking around North America? Top of the mind, what are your proposed measures to avoid them? Share your suggestions with us in the comments section below.