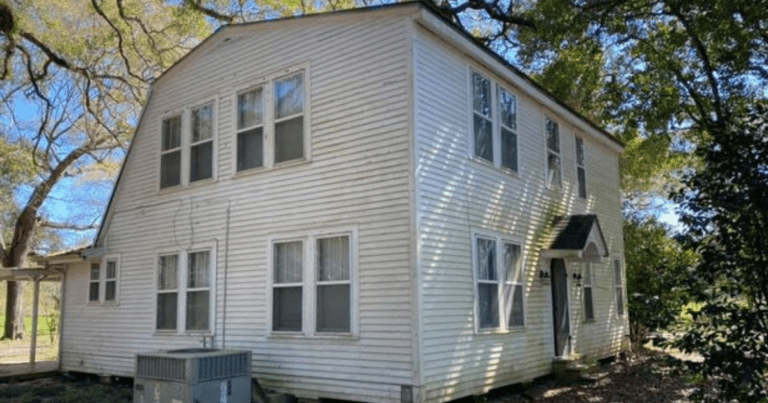 If becoming the proud new owner of a house sounds exciting, imagine owning it without shelling out a dime.

This four-bedroom home located in Louisiana, United States is being offered with little to no cost. The only price to pay for those who will grab the opportunity? It is “allegedly” haunted.

Sylvia McLain, the former resident of this house, has reached out to Facebook with snaps of the property to hopefully encourage everyone to move in and restore the home. Sylvia and her family are planning to build new property once the new resident comes and gives their former home a renovation.

A few people may have shown interest, but they are most likely discouraged upon learning about the confessions of the house’s ex-residents and visitors in the comments section of the Facebook post.

A user admitted that “it is haunted” and experienced “three things there that could not be explained.”

Another added that that the haunting most likely “will stay attached to the land” and that “whoever lives in the new home they build will deal with it.”

One user also replied that they noticed “a lot of weird noises in the ceilings and walls.”

Locals even go to lengths of comparing it to the infamous house in Amityville, where a mass murder involving a family took place.

There was a suitor who offered to take the property but backed off when they discovered that moving in and reassembling the home would cost about $80,000.

Sylvia was aware of the terrifying stories about the house and that it is being haunted by a woman of old age, including the reports surrounding its former owners hiring ghost experts to banish her. But even with this, she remains hopeful that someday, the “history of the home” can be preserved, and that someone will be up to the challenge to take it.

Dawn Vallot DeClout, a former resident of the Louisiana house, claims that the ghost is the spirit of her great grandmother Adele, who died at the age of 90 in the house’s front room.

Dawn’s family built the house in 1860, while her great grandmother died in 1967.

What are your thoughts about this “haunted” house for free in Louisiana? Share your reactions with us in the comments section below.