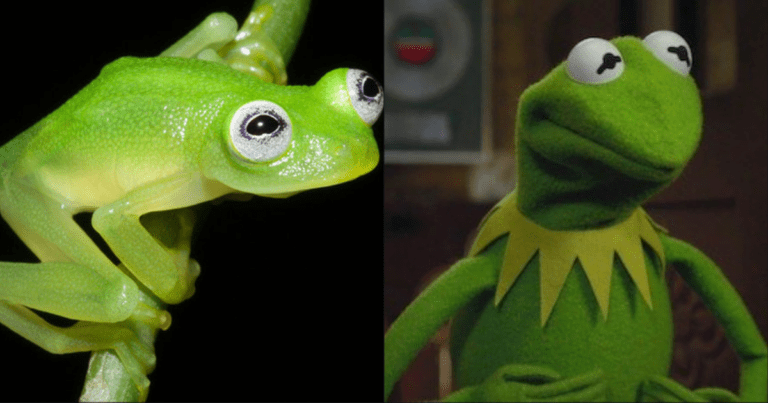 Frogs are a common animal found throughout the world, but regardless of whether they’re real or fake, no frog is more memorable and lovable than Kermit, and surprisingly, scientists have found a real-life version of everybody’s favorite childhood friend.

For over a century, scientists have delved deep into the Talamanca Mountains to conduct research, but it was earlier this year that they discovered a tiny-translucent frog that looks eerily similar to Jim Henson’s friendly Kermit character.

The look-alike is a new Hyalinobatrachium dianae which was first stumbled upon this passing February. It was eventually published in the taxonomy journal Zootaxa and understandably described as adorable. It has been named H dianae after one of the discoverer’s mothers, Janet Diana Kubicki.

The new species was found somewhere between 400m and 800m up the Talamanca Mountain by a team consisting of Brian Kubicki, Stanley Salazar, and Robert Puschendorf. The discovery marks the findings of the first glass frog found in Costa Rica in the last 40-years.

Aside from the fact the new species is a frog, the resemblance to Kermit quite obviously comes from its big, wide, mesmerizing eyes, and its vibrant green tone.

It is also extremely active at night which has labeled the species as nocturnal, and lets off a unique call in the hopes of attracting females. The call is thought to resemble an insect more than other frogs.

However, this isn’t the only new species discovered this year as an Indian research team found and named a new green pit viper after the infamous Harry Potter villain, Salazar Slytherin.

You will be able to identify the snake due to the bright orange stripe that runs across the head of males.

If you want to learn more about the Salazar Slytherin snake, check it out HERE!

How adorable and creepily familiar is the new Kermit frog? Be sure to let us know your thoughts in the comments.