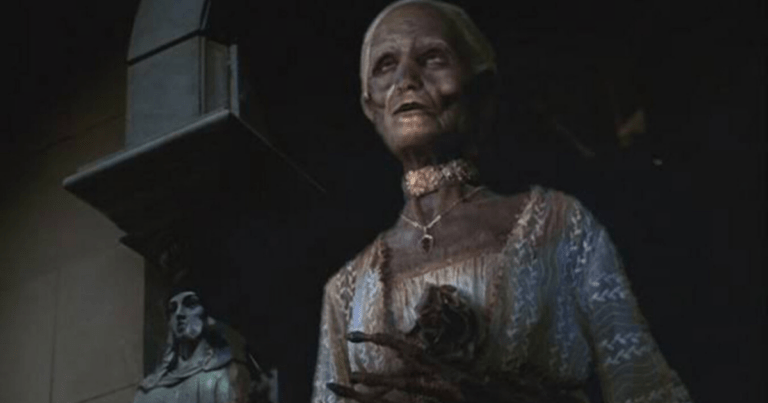 Before The Haunting of Hill House made a huge noise to become one of the most popular horror series last decade, Stephen King has been circling a project based on the Netflix show’s source material written by Shirley Jackson.

That project is Rose Red (2002), his criminally overlooked TV miniseries about a professor, a team of psychics, and the gifted girl who discover the secrets in a dormant haunted mansion.

Development for Rose Red began in the late ‘90s. Stephen King is writing a screenplay remaking Robert Wise’s 1963 film The Haunting, an adaptation of Jackson’s novel, with Steven Spielberg as the director. The two had memorable instances of almost collaborations (Poltergeist being the most popular) before the project, but unfortunately, they separated ways once more for this due to creative differences. King wanted more scares while Spielberg was pushing for more action and spectacle.

They shelved the project, with King buying the rights to his finished script. Their departure led to the creation of Jan de Bont’s 1999 remake of The Haunting, which stars Catherine Zeta-Jones and Liam Neeson.

King has repeatedly shown his admiration over Shirley Jackson’s novel, listing it “as one of the finest horror novels of the late 20th century” in a review from his book Danse Macabre. It could be one of the reasons why he did not try to let go of it.

He lobbied the script to various producers until he reached a deal with Mark Carliner, the producer behind his two miniseries The Storm of the Century and The Shining. The agreement is to make the script entitled Rose Red as a feature film. But before he finished revising his script, King was nearly killed due to a van accident.

King’s accident delayed the production of the project, but by the time he recovered after a month of being hospitalized, he immediately resumed to work on Rose Red. The major change to the project is that instead of a full-length feature, King has decided to make it into a miniseries for television because he founds the script troubling to “get into a shootable length.”

Another major change is King’s decision to not make the project as a direct adaptation of Jackson’s novel, though many elements from the novel can still be found in the finished product. For the new update, King is heavily inspired by the real-life Winchester Mystery House in San Jose, California, a house he believes was “bigger on the inside than the outside.”

When it was finally released, Rose Red became a hit with nearly 20 million viewers. A DVD came after, but the miniseries never saw its light again since it was never released on Blu-ray and even today’s streaming platforms. It has since become one of Stephen King’s lesser-known and could be one of his most criminally underseen works.

Rose Red wasn’t able to receive the huge cult following associated with Stephen King’s works, but if you are a fan of the writer, this should be a no-miss.

What are your thoughts on Stephen King’s Rose Red? Have you seen it? Share your reactions to the comments section below.