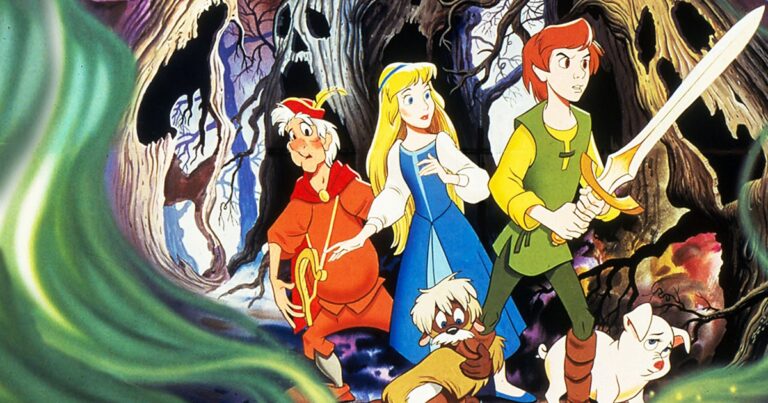 The 1985 animated film The Black Cauldron, produced and developed by Walt Disney Pictures, was a large success upon release. However, the movie – which was based on the five-part novel series The Chronicles of Prydain – failed to see any sequels. This naturally disappointed fans of the book series, who hoped that the other novels would be adapted.

There was further disappointment when Disney let its rights to any movie adaptions lapse several decades ago. However, rumors of a remake were sparked in 2016, when the entertainment giant reacquired the rights to the franchise. Despite this, there was no word about any potential films in the works.

That was until recently. According to some reports from Daniel Richtman, the company may be developing a live-action remake of the film. There are relatively few details about the potential film, as it’s quite early in development if the rumors are accurate. As such, whether fans will see The Black Cauldron on the big screen anytime soon remains to be seen.

The animated films, while based on the first two books in the franchise, bear little semblance to the actual novels. The majority of these similarities seem to be the overall setting and character names, though little else. Despite this, it saw quite a significant amount of success and came as Disney was releasing increasingly popular animated films.

Whether the purported live-action version will receive a similar treatment remains up for debate. Both the book and animated film follow Princess Eilonwy of Llyr and the minstrel Fflewddur, alongside their companions Hen Pen, who can predict the future, and the woodland creature Gurgi.

The Black Cauldron isn’t the only animated film produced by Disney that is set to be reimaged. It’s already been confirmed that Lilo & Stitch will be getting remade, with a release possibly set for Disney+. Whether the latter film will be exclusive to the streaming service or get a theatrical release remains debatable.