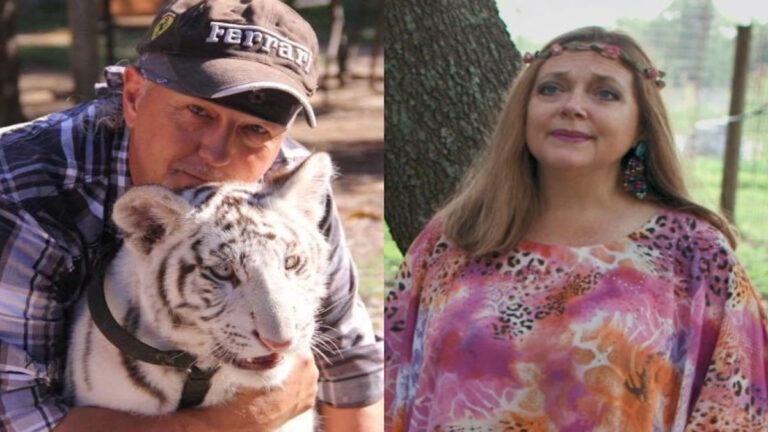 Tiger King is a gift that just keeps giving. Months after the docu-series finished, those in front of the camera are still making headlines. It was reported earlier this week that Carole Baskin, who was portrayed somewhat as a villain, had been awarded Joe Exotic’s zoo. If that wasn’t enough, Jeff Lowe – a former owner of the zoo – claims that dead bodies are buried across the grounds.

In a recent interview, Lowe says that a Native American boy’s grave is located on the premises. After Exotic’s arrest, Lowe tried to donate the zoo to Native Americans, although this subsequently fell through, eventually leading to Baskin being awarded it after a lawsuit.

Talking to TMZ, Lowe says that he never wanted the zoo in the first place, which is why he tried to donate it. It’s also why he and Joe Exotic didn’t put up a defense against the lawsuit. However, it’s also worth noting that Exotic would not have wanted Carole Baskin to get it, but may have been amenable to someone else receiving it.

The frosty relationship between the two “animal-lovers” was well documented during the Netflix series. During the series, Exotic also claimed that Baskin had murdered her husband, with money being the motive. However, Lowe has gone one step further, claiming that there are more bodies across Baskin’s zoo than people might believe.

While he teased the information during the interview, he refused to give more details until a later date. Speaking about losing the zoo, Jeff Lowe also noted that he was going to leave it looking like “complete hell.” While the sentiment could be because of his feelings toward Carole Baskin, he also says that it was poorly constructed.

This could be one of the reasons why the Tiger King star didn’t want to defend against the lawsuit. Whether his words have any merit remains to be seen and won’t be proven unless excavations happen. Naturally, this may take a while.