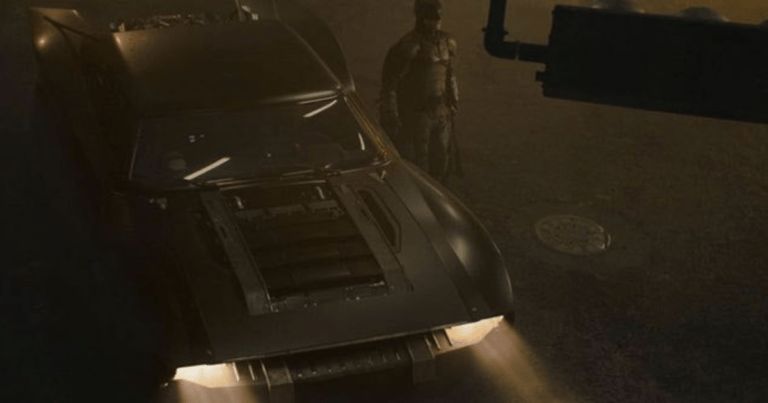 Ever since Robert Pattinson’s reveal as Batman, there has been a constant dispute as to whether the Twighlight actor could fill the shoes of one of the most popular figures in the superhero world.

This debate was extended further when the Batsuit Pattinson will don was unveiled, as fans couldn’t decide whether they were fans of the costume or not.

Now, all thanks to Matt Reeves, the director for the upcoming Batman movie starring Robert Pattinson, the world has once again been thrown into an altercation as the 53-year-old decided to post new pictures of the Batmobile to his official Twitter page.

The pictures that can be found below have sparked controversy among fans, and while the majority of fans are happy with the reveal and intrigued to see what’s next, you can never manage to please everybody, regardless of the situation.

Although the pictures are quite revealing, Reeves didn’t offer any more details on the Batmobile, raising the anticipation for the movie and forcing fans to wait for further news.

The Batmobile looks a lot more realistic than anything we have seen in live-action Batman films previously, leading us to believe Robert Pattinson’s take on Bruce Wayne will center more on his life becoming the Bat, oppose to his time being the world’s most known crimefighter.

The Batman is due in theatres in June next year, and joining the main cast alongside Pattinson is Zoë Kravitz who is set to portray Selina Kyle (Catwoman), Colin Farrell who plays Oswald Cobblepot (The Penguin), and Paul Dano who’ll be Edward Nashton (The Riddler).

Accompanying the heroes and villains will be Jeffrey Wright when he represents GCPD’s, James Gordon, John Turturro as one of Gotham’s biggest crime bosses in Carmine Falcone, and the extremely talented Andy Serkis will play the loveable Alfred Pennyworth.