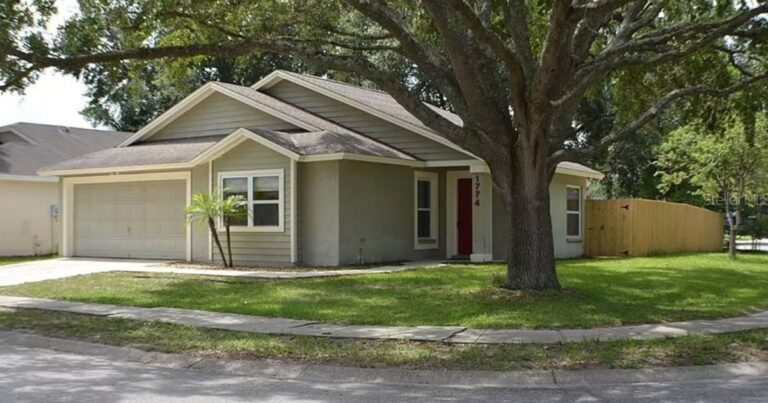 There are few houses as iconic as those featured in films. Among those, there are a few specific homes that stand out. The Lutz residence from Tim Burton’s Edward Scissorhands ranks among these. Since the film came out three decades ago, a significant number of people have wanted to live in the house.

While many people may have assumed that the Lutz house was created for the movie, this isn’t the case. Instead, it’s a real house that people actually live in. Naturally, this inspired quite a large amount of Burton (and Johnny Depp) fans to want to buy it.

Though this may not have been possible before, it might be now. That’s because the Lutz house is currently up for sale. However, it will set buyers back about $224,000. The 1,432-square-foot house was built a year before Edward Scissorhands was released. Though it’s known for its iconic pastel coloring – like each of the other homes in the film – it’s never really looked like that.

While each of the other features is almost exactly like what’s seen in the film, the color has changed drastically. This is because the exterior of the house was painted specifically for the production. Though this could be a drawback for some of the movie’s fans, a quick repaint would be enough to make it perfect. 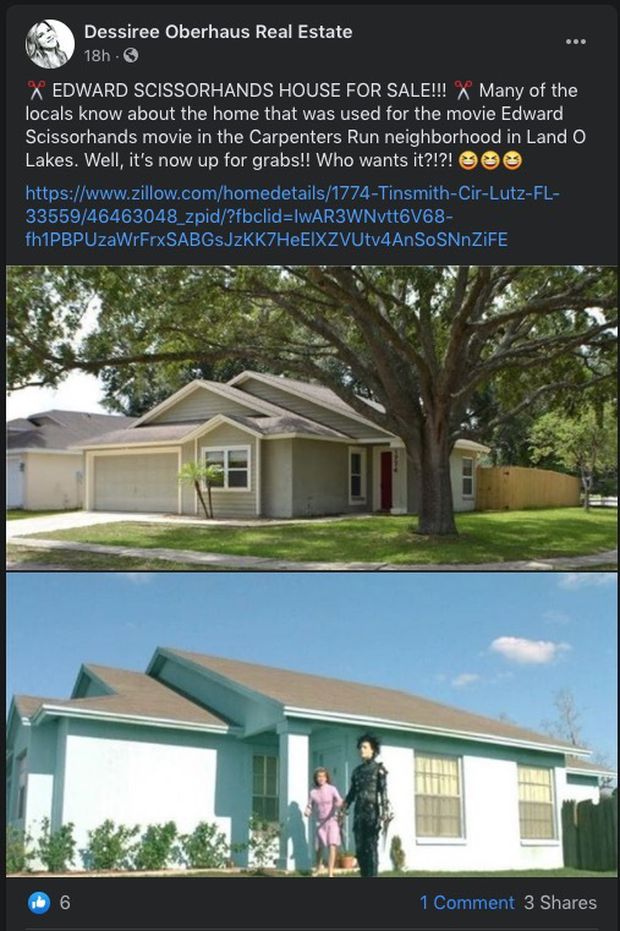 According to reports, the home has only ever been owned by two families. Presumably, one of these was the original owner that allowed the film’s production to take place. This would leave the second owner to be the current seller.

Considering how iconic the Lutz house has become since Edward Scissorhands was released, it’s being sold for a relatively small fee. Typically, film homes can go for $500,000 or more, regardless of how big they are. This could make it a relatively affordable way to own a piece of movie history.

Here is the listing for more information.